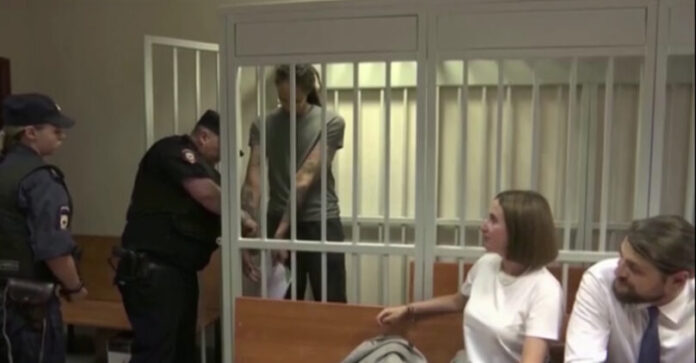 While former NBA All-Star and Champion Dennis Rodman formally canceled plans to go to Russia to help gain the release of WNBA star Brittney Griner, members of the Washington Mystics said Griner’s detainment has discouraged them from playing overseas.

“So, I know I wouldn’t want to play in Russia. I mean that’s just that.”

“I think it won’t be surprising to see that a lot of players are gonna go over there and just take the bigger checks because it’s kind of is what it is,” Williams told NBC News Washington.
Rodman had previously declared he would travel to Russia to seek Griner’s release.

However, Biden administration officials pushed back against such a visit.

“We believe that anything other than negotiating further through the established channel is likely to complicate and hinder those release efforts,” State Department Spokesman Ned Price told reporters.

Confirmed reports said the United States government had offered to swap the so-called “Merchant of Death” Viktor Bout for Griner and another imprisoned American, Paul Whelan.

Bout, who’s serving a 25-year federal prison sentence and notorious for his desire to kill Americans, reportedly has been at the top of Russian President Vladimir Putin’s wish list.

“We communicated a substantial offer that we believe could be successful based on a history of conversations with the Russians,” a senior administration official told CNN. “We communicated that a number of weeks ago, in June.”

The unnamed sources told the network that the planned trade received the backing of President Joe Biden after being under discussion since earlier this year.

CNN reported that Biden’s support for the swap overrides opposition from the Department of Justice, which is generally against prisoner trades.

The families of Whelan, who Russia has held for alleged espionage since 2018, and WNBA star Griner, jailed in Moscow for drug possession since February, have urged the White House to secure their release, including via a prisoner exchange, if necessary, the report stated.

During her testimony, Griner told the court that she’s still unsure how cannabis oil ended up in her luggage.
She said a doctor recommended cannabis oil for her injuries on the basketball court.

“I still don’t understand to this day how they ended up in my bags,” Griner said, adding that she was aware of the Russian law outlawing cannabis oil and that she had not intended to break it.

“I didn’t have any intent to use or keep in my possession any substance that is prohibited in Russia,” Griner said.
Detained in February, Griner said she had already been in Russia for several months before her arrest.

“My career is my whole life,” she reflected as she faces up to 10 years in a Russian prison.

“I dedicated everything. Time, my body, time away from my family. I spent six months out of the year away from everybody, and with a huge time difference.”

U.S. officials are awaiting word from the Russian government on whether they will accept the swap.

“It takes two to tango. So, we start all negotiations to bring home Americans held hostage or wrongfully detained with a bad actor on the other side,” an unnamed official told CNN.

“We start all of these with somebody who has taken a human being American and treated them as a bargaining chip. So, in some ways, it’s not surprising, even if it’s disheartening, when those same actors don’t necessarily respond directly to our offers, don’t engage constructively in negotiations.”

The CNN report noted that Secretary of State Antony Blinken announced Wednesday that the United States presented a “substantial proposal” to Moscow “weeks ago” for Whelan and Griner, who are classified as wrongfully detained.

The top U.S. diplomat said he intended to discuss the matter on an expected call with Russian Foreign Minister Sergey Lavrov this week.