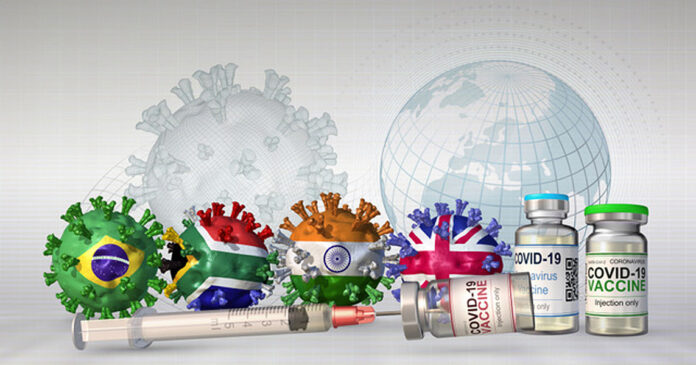 While some Americans are reluctant to take the coronavirus vaccines, which are widely available, they would do well to look to other parts of the world where people are desperate for the medication.

In California, 35% of African Americans are partially vaccinated, according to state data. More than 50 % of Whites have received the vaccine. Asians have the highest vaccination rate at 63 %.

According to doctors on the frontlines of the coronavirus pandemic in countries such as Brazil and India – where the global crisis has been most intense — the vaccine is one of the most reliable tools they have to fight the disease.

The doctors shared their experiences recently during a media briefing organized by Ethnic Media Services.

Dr. Rosemarie De Souza, who works at a hospital in Mumbai, India, carried out a study of about 680 patients who were affected during the first wave of the pandemic.  She says vaccines have been critical to saving patients’ lives.

People who had received both doses of the vaccine had low mortality rates, she said. She hadn’t seen any deaths from people who had been vaccinated.

India is currently in its second wave of the coronavirus pandemic and averaging about 250,000 infections per day. Doctors and scientists are finding that the virus has mutated and is affecting patients differently.

De Souza noticed that during the first wave, most of the people who died were elderly patients who already had pre-existing conditions.  However, the people falling sick during the second wave are younger patients. She said the virus is now more lethal and infectious. India currently has an estimated16 million COVID-19 cases and has reported 300,000 deaths since the beginning of the pandemic.

Brazil has also been badly hit by the coronavirus pandemic. Brazilian President Jair Bolsonaro, who initially downplayed the threat of the disease, even contracted COVID-19. However, according to John Hopkins University of Medicine, the pandemic has killed about 100,000 Brazilians to date. (This is the third highest COVID-19 death toll in the world.) The situation is so bad that some countries have barred Brazilians from entering their borders.

According to Dr. Rosario Guerra, Brazil has its own variation of the virus known as the P.1 variant. She said the country suffers from a lack of medical supplies to fight the disease, but the vaccine is effective.

Guerra said Brazil is currently using the AstraZeneca and Pfizer versions of the vaccine.  However, only about 17 % of the population has been vaccinated.

While the coronavirus vaccine is fairly easy to access in America, this has created resentment in other parts of the world. People in developing countries have accused America of hoarding the vaccine, while the medication is desperately needed in others parts of the globe.

According to Dr. Mark Lipsitch, professor of Epidemiology and director of the Center for Communicable Disease Dynamics at the Harvard School of Public Health,  the only way to stamp out the disease is by America sharing the medication.

“I think there is a moral appeal to be made to the rich countries of the world, that ongoing transmission (of COVID-19) is bad for the rest of the world,” he said.