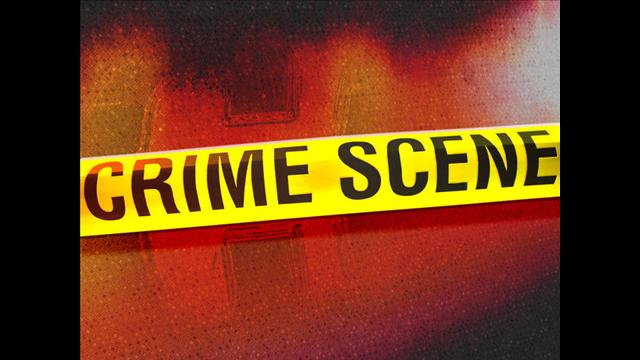 WASHINGTON (NNPA) – When the Florida jury found George Zimmerman, a White neighborhood watchman, not guilty of second-degree murder in the shooting death of Trayvon Martin, an unarmed 17 year-old African American, the scales of justice had been tipped in Zimmerman’s favor long before opening arguments began.

According to a recent report by the Urban Institute, a research group that examines social and economic issues, when the accused is White and the victim is Black, there is a far a greater chance that the homicide will be ruled justified than if the roles were reversed.

Criminal justice reform activists say that laws similar to Stand Your Ground statutes in Florida and more than two dozen other states are likely to compound that racial disparity.

The Urban Institute also examined the Zimmerman murder case and discovered that, despite the public outrage and nationwide protests, the known facts of the case point to an outcome that is more common than many Americans would like to admit.

“Several facts about the Martin homicide are known. Zimmerman and Martin were strangers, they were the only two people involved in the incident, neither was law enforcement, a handgun was used in the homicide, Zimmerman was white, Martin was black, and Zimmerman was older than Martin,” stated the report.

When those facts are present, the homicide is six times more likely to be ruled justified.

“When jurors assess the reasonableness of the claim of self-defense, that assessment can’t help but have race and gender dimensions to it,” said Kimberlé Crenshaw, a law professor at the University of California at Los Angeles, and co-founder of the African American Policy Forum, an organization that advocates for racial justice, gender equality and human rights.

She explained, “The threat is attached to the Black body. The idea that a Black person might feel threatened by a White person is almost incomprehensible.”

In the wake of the shooting death of Trayvon Martin, the proliferation of Stand Your Ground laws, backed heavily by the National Rifle Association, grinded to a halt.

“It’s a tough sell for the NRA and their backers, at this point, to go in and expand these laws,” said Crenshaw. But that doesn’t mean the fight is over. “The likelihood that these laws are going to be repealed depends on a very strong, informed and robust organization of people of color, Whites and law enforcement officials to stay focused on the laws themselves.”

Contrary to what many gun rights advocates believe, Stand Your Ground laws do not improve public safety. A Texas A & M University study showed that, “the laws do not deter burglary, robbery, or aggravated assault. In contrast, they lead to a statistically significant 8 percent net increase in the number of reported murders and non-negligent manslaughters.”

Crenshaw said that If the NRA was able to stop any meaningful gun control reforms after the Sandy Hook Elementary School massacre that claimed the lives of 20 first graders, mostly White, it will be much harder for people of color and those sympathetic to their cause to shift policy when they are often seen as the very threat that laws are designed to extinguish.

According to a recent Quinnipiac University poll 57 percent of White voters support Stand Your Ground laws and 57 percent of Black voters oppose them.

“’Stand Your Ground’ splits the country sharply along political, gender and racial lines,” said, Peter A. Brown, assistant director of the Quinnipiac University Polling Institute. “With these kinds of numbers, it’s unlikely the movement to repeal ‘Stand Your Ground’ will be successful in most of the country.”

The Urban Institute report said that “Stand Your Ground” laws were arguably the broadest change in the laws related to firearms ownership and use since 2004 when the federal ban on assault weapons expired. Florida was just the first of nearly 30 states to expand castle doctrine statutes, removing an individual’s responsibility to retreat in the face of imminent danger at anytime almost anywhere. The castle doctrines is predicated on the theory that a person’s home is his or her castle and they have a broad latitude in defending themselves while in their domicile. However, the Stand Your Ground laws expanded the castle doctrine beyond the home.

Even though Zimmerman’s defense team did not use Florida’s Stand Your Ground law as a defense, Judge Debra Nelson included language from the law in her instructions to the jury.

“If George Zimmerman was not engaged in an unlawful activity and was attacked in anyplace where he had a right to be, he had no duty to retreat and had the right to stand his ground and meet force with force, including deadly force if he reasonably believed that it was necessary to do so to prevent death or great bodily harm to himself or another or to prevent the commission of a forcible felony,” Nelson said in her instructions to the jury.

Crenshaw said that Stand Your Ground laws expand the field of circumstances where someone can provoke a confrontation instead of walking away.

Instead of just walking away, Michael Dunn, a 45 year-old White man opened fire on an SUV filled with Black teenagers last November when they refused his request to turn down their music in the parking lot of a convenience store in Jacksonville, Fla. According to police, Dunn fired his gun eight or nine times and hit 17 year-old Jordan Davis twice, killing him. Dunn, a gun collector, told police that he saw a gun in the SUV, but no gun was ever recovered.

The Martin case and the Davis case bear striking similarities; Dunn is White and older than Davis. Zimmerman didn’t know Trayvon Martin and Dunn was also a stranger to Davis.

Neither Dunn nor the teenaged Davis were in law enforcement. A handgun was involved, but in the Jordan Davis case, unlike the Trayvon Martin case, there are multiple survivors, not just the shooter and the judge and jury will potentially hear their version of events, as well. Dunn was arrested the next day after the shooting death of Davis and charged with first-degree murder.

Dunn said that he feared for his safety, an indication he may invoke a Stand Your Ground defense when his trial gets underway on September 23.

Crenshaw said Dunn’s self-defense claim is exactly why Stand Your Ground laws are so problematic, especially in cross-racial confrontations.

“Not only is your feeling of being in fear for your life seen as a reasonable, often for racial reasons, you don’t have to avoid those circumstances, or back away from them first,” said Crenshaw. “[The “stand your ground law”] emboldens people to act on, what may be, their racially biased levels of fear against people of color.”