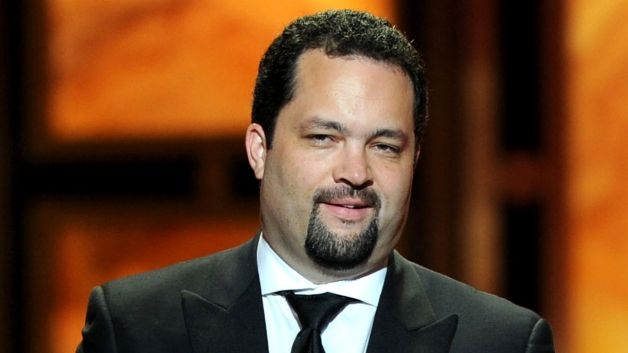 It has been five years since Benjamin Todd Jealous became president and chief executive of the NAACP and, in that time, he has ushered in a new era in the nation’s oldest and most prestigious civil rights organization.

Since coming to the position in May 2008, Jealous, 40, the youngest person to head the NAACP, has been an outspoken critic of the New York Police Department’s stop-and-frisk program. He has also been a strong presence in the media for defending President Obama’sAffordable Care Act, which overhauled the nation’s health care system.
What’s more, when Troy Anthony Davis was executed in Georgia in September 2011 for allegedly killing of a police officer in 1989, Jealous was one of the strongest voices in support of Davis and against the death penalty.
During the 2012 presidential election, he was a champion in the fight against the rash of voter identification laws passed by Republican legislatures. It is this in which he takes the most pride.
“We worked on the right to vote,” Jealous said, in an interview with BET.com. “We rose to the challenge of defeating voter suppression efforts in at least 15 states and registering in 433,951 new voters, almost four times as many as we did in 2008. And we were able to do that despite the situation in places like Florida, where voter registration was made more difficult.”
Despite the successes with voter laws around the country, Jealous’ most controversial act at the helm of the NAACP was leading the organization’s call for making same-sex marriage legal.  The organization took a good deal of heat from member chapters as well as the African-American public for its position.
“We decided that it was time for the association to stand up nationally, that no longer could this be about the personal opinion of myself or anyone else,” Jealous said.
“We faced real push back from a number of leaders,” he explained. “But I give them credit that, even when they disagreed with us, they chose to embrace it as a distinction, not a division. Rather than breaking with the NAACP or President Obama, they decided it would be a matter of having difference of perspective and that they wouldn’t let it be an issue that would divide is. “
Jealous was born in Pacific Grove, California, and grew up in Monterey. He holds a bachelor’s degree in political science from Columbia University and a master’s degree in comparative social research from Oxford University, where he was a Rhodes Scholar.
He is, by his own admission, a product of the civil rights movement with struggle for equality part of his DNA.
His mother, who descends from two Black Reconstruction statesmen, was a member of the student body with a handful of Black girls who desegregated Western High School in Baltimore in 1954. His father, a decendant of the soldiers who fought at Bunker Hill during the Revolutionary War, was active in lunch-counter sit-ins and was arrested in several protests.
But his roots in the movement go far deeper. His ancestors included men who were born slaves and died having served as Reconstruction statesmen in Virginia’s House of Delegates and Senate.
“I was born into civil rights activism,” Jealous said. “My parents were activists who instilled it into me.”
Prior to his appointment to lead the NAACP, he was president of the Rosenberg Foundation, a private independent nonprofit venture capital organization. Before that, he served as director of the United States Human Rights Program at Amnesty International.
The most difficult aspect of leading the NAACP, Jealous said, is the time commitment, which has him away from home at least half the year.
“As Ben Hooks said, this job is a killing job,” Jealous said, referring to his predecessor, Benjamin Hooks. “It’s unrelenting and all-encompassing. The hardest part for me and for my family as a father is that you have to be everywhere all at once.”
But, he added, “I get to work with some of the most phenomenal volunteers in the entire country and, no matter how tough my job is, I know they are working just as hard and they don’t get paid for it.”