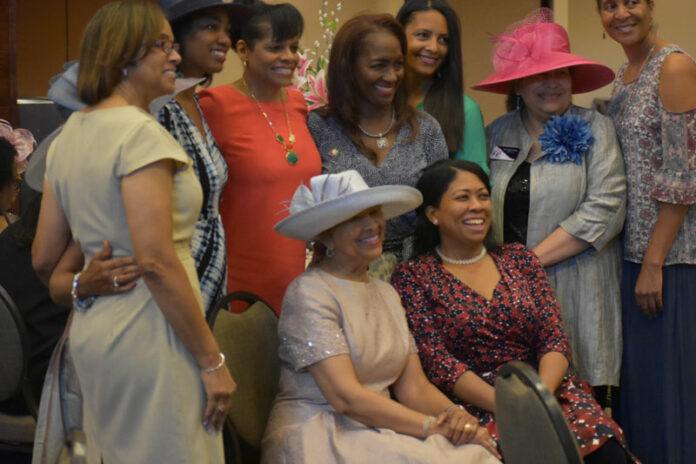 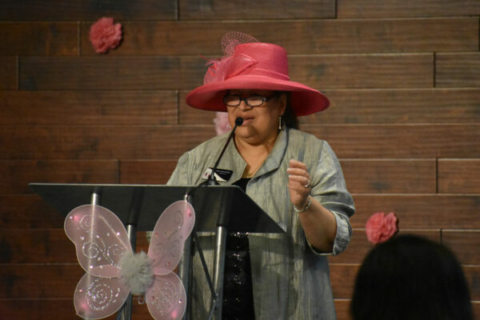 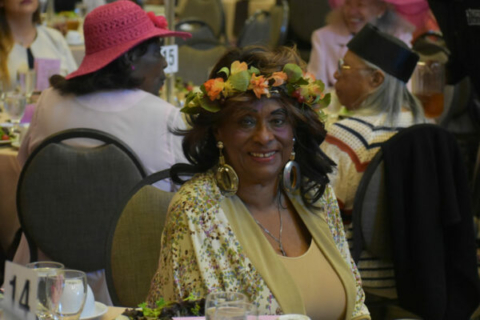 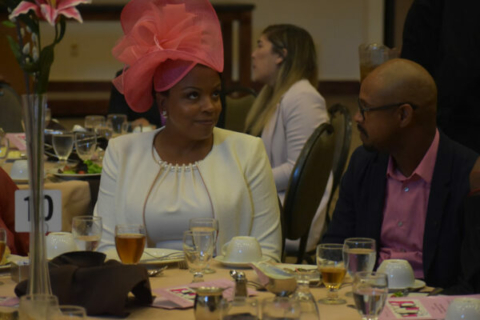 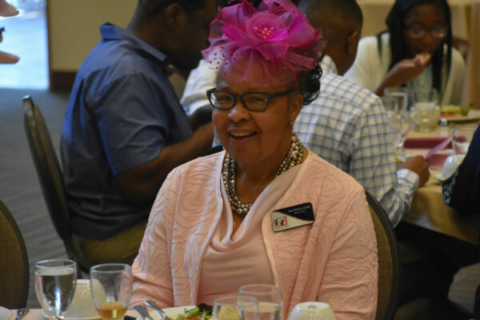 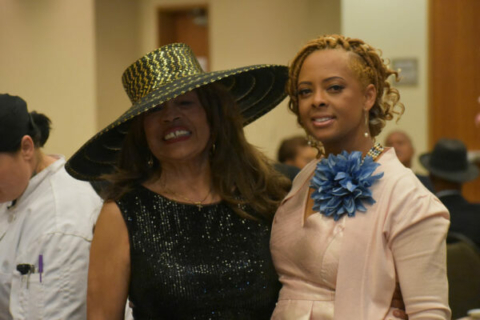 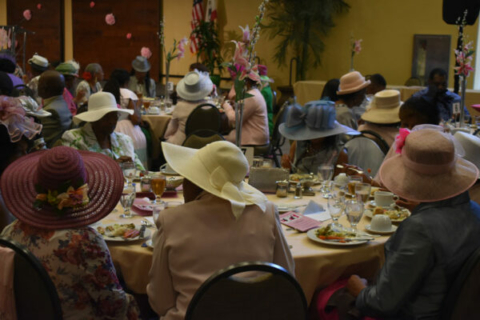 They came out in their beautiful hats that put to shame the hat parade at the opening day of Del Mar Races and the hats presented at the wedding of the Duchesses of Windsor (Meagan Markel). This was the 54thyear of this event which has become synonymous with spring and the approach of Mother’s Day.

At the beginning of this event, Mrs. Vellet Wyatt Finley gave a glowing welcome and reminded those present of the proud history of the organization. This well attended event lived up to its name and record of service.