Home Business Wrigley’s: The Loss of A Family Institution 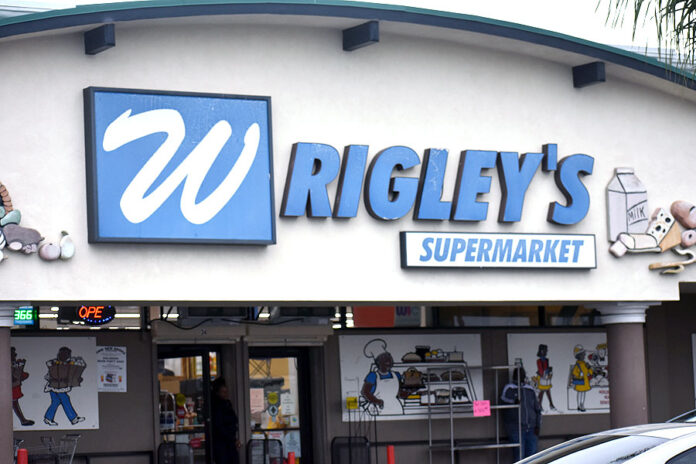 Forty years ago, a Chaldean immigrant and his five sons opened Wrigley’s Supermarket on Euclid Avenue near Federal Boulevard. The name was selected because there already existed a chain of Wrigley’s markets in the South, but not here in California. During the next forty years, the market grew from one store to three stores, two here in Southeast and one in Lakeside.

Wrigley’s was truly a family business with the father at the head of the chain. But, of the father and five sons, one stood out in the communities they served and became an intrical part. That person was Amer Arabo.

With the growth of the Wrigley stores, the brothers distributed responsibility for business operations, but the father and eldest son gave direction. The deaths of the father and eldest brother, Sam, a fire that changed the direction of the National Avenue store location, and the loss of the Lakeside store all brought challenges, though that never affected the service and relationships built in the community. A great deal of it was due to the personality and character of Amer.

Over the years, “Amer,” whom most of us called “Arma,” was more than a store owner. If he saw you with a flat tire, he would come out and offer to help. He cashed checks and sometimes held them for people in the community. He donated to just about every cause that came his way, but he never wanted personal recognition.

As publisher of the Voice & Viewpoint newspaper, our businesses were located just two doors apart for more than 20 years. Our children grew up together in our “family businesses.” To many, Amer was the face of the business. You always knew the meats were good and the produce was fresh. People drove from as far away as Oceanside, often to shop at Wrigley’s.

The store added a Deli which soon became a mainstay for “soul” food dishes. Amer became one of the personal Chefs, trying out his recipes. He succeeded with home cooked dinner plates of favored foods from collard greens, mac and cheese, yams, chicken, fried fish, meatloaf, ribs and a variety of Mexican foods that kept people coming. He also created a catering service often used by community organizations like the Catfish Club during its existence, as well as special order cooking for holiday meals. During this time, two of the remaining brothers left the business and Amer became the sole keeper of the business and its legacy.

Many of the customers, who were like family, became multi-generational customers as their children and grandchildren became shoppers. Few people ever came to Wrigley’s looking for donations to their causes and left without getting something. But, time and circumstances have removed many of the older customers, their children have moved away.

The store’s last location was adjusting to some online shopping trends when it was hit with a rent increase that the store could not afford to accept. Remaining products and equipment are being sold off and the store will close for good within two weeks. Amer’s children, like his brother’s kids, are grown, educated and have their own businesses, ideas and plans.

Customers making their final purchases stop to tell Amer how much they will miss him and the store. Some can’t believe it’s actually happening. The property owners have other plans for the location and soon, just like the Euclid Avenue location, all signs of a thriving local and family owned business will soon disappear.

I will miss the store, but I will also miss my friend and neighbor in business for so many years.