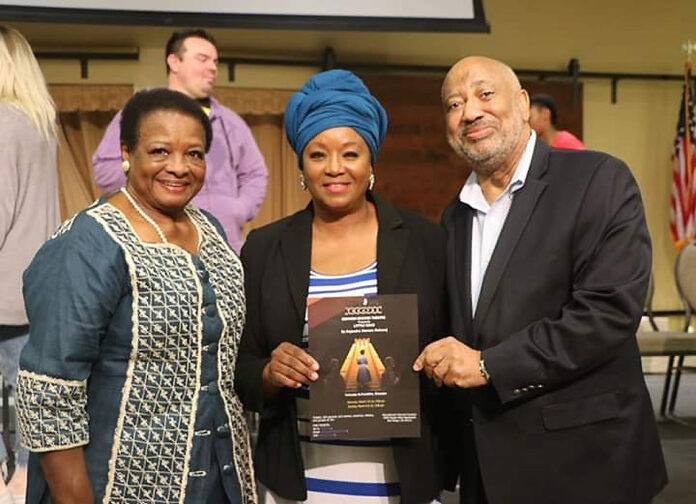 The accomplished actor/director has had a long association with Common Ground Theatre, appearing under the direction of legacy director Dr. Floyd Gaffney in “Four Queens, No Trump,” later in Handel’s Messiah” directed by Dr. Rose Buchanan, and in “For Colored Girls. . .” directed by Charles W. Patmon, Jr. She served as Guest Artistic Director of Common Ground Theatre from July 1, 2019 until June 30, 2020, directing James Weldon Johnson’s “God’s Trombones” and Rajendra Maroon Maharaj’s “Little Rock: The True Story of the Little Rock Nine.” Common Ground Theatre’s Board of Directors named her its Executive Artistic Director on July 8, 2020. Ms. Franklin recently announced Common Ground Theatre’s 2021 Season, in collaboration with the Jacobs Center for Neighborhood Innovation. See below for CGT’s summer theatrical enticements available via Zoom. Visit commongroundtheatre.com, for specific dates and times.  It looks to be an exciting year for theatre in Southeast, both now and in the coming year. 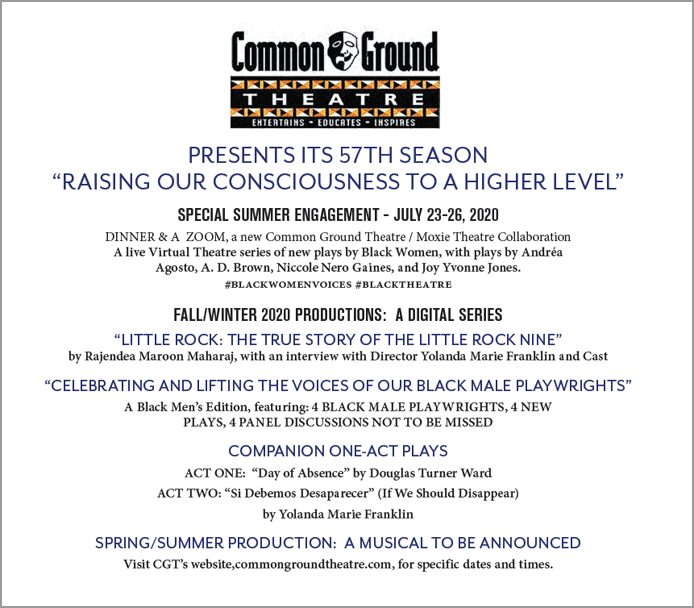