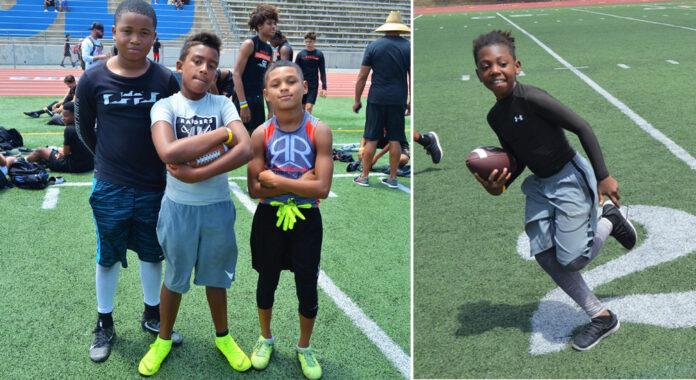 Photos and article by Darrel Wheeler

Mr. Cooper invited some of his Charger alums to teach the mental and physical fundamentals of playing defense at the First Annual Full Force Athletics Football Camp. 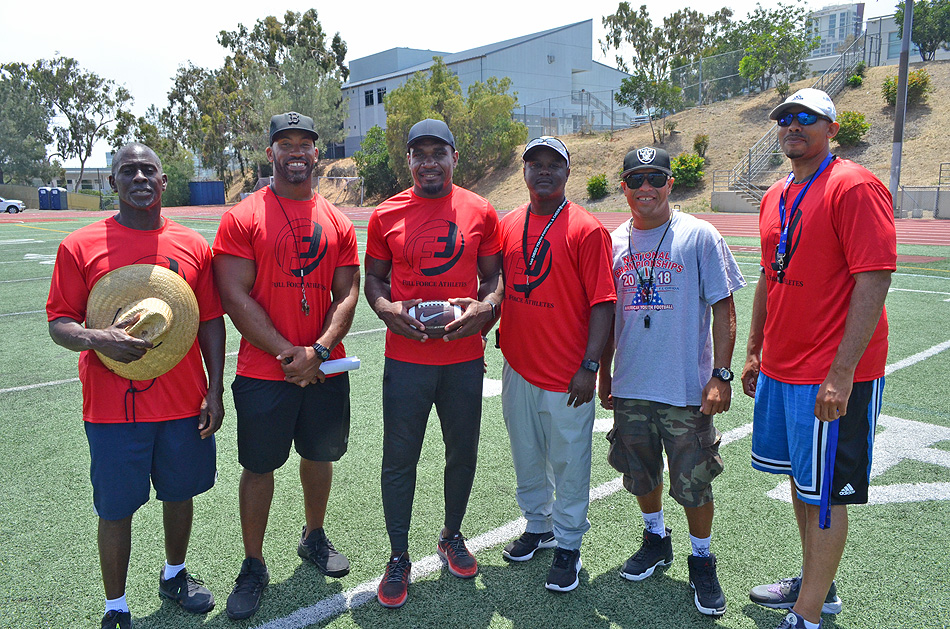 “We wanted to work with kids that wanted to learn more about the defensive side of football,” Mr. Cooper shared.

This summer, Balboa Stadium was the place where kids were able to soak up some valuable football knowledge, including some priceless life lessons. Camp instructors included former Charger standouts Quintin Jammer and Shawne “Lights Out” Marriman.

The young Campers were also aided by some excellent High School coaches in Altie Parker, Levi McLaren, Ray Mason and many others.

“They had some good coaches here today. I came kind of late, but I still learned a lot,” Camper Mike “Kikko” Farinas, Jr, shared. “I learned some stuff from coach JD of Bonita and some important fundamentals and I would definitely come back again.”

Youth football players from various areas throughout San Diego were able to learn some new tips from certified football experts.

“Football to me is 80% mental, so I like to spend a lot of time on mental preparation and work ethics, things they need to know if they want to have success in football and life.” Mr. Cooper shared.

“We had a nice turn out and next year we’re going to call it the Full Force 619 Football camp,” Cooper said.