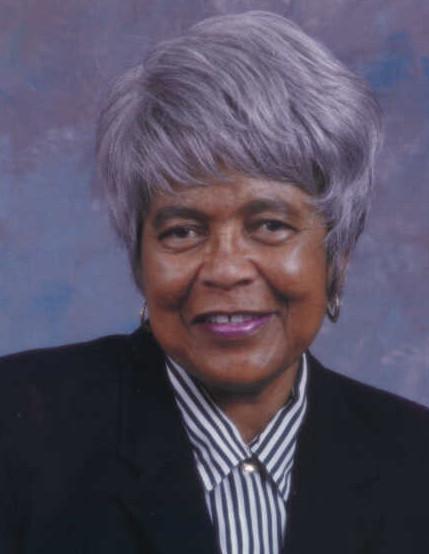 Funeral services were held on 06/15/2022 at Greater St. Luke COGIC with the burial following at Mt. Hope Cemetery.  Final arrangements were entrusted to Anderson-Ragsdale Mortuary.

Yvonne Thompson Longmire was born October 26, 1928, to Lee Thompson and Ardean Matthews Thompson in Pemiscot County, Missouri, in the City of Holland. She was the only child to bless this union.   Yvonne accepted Christ at the age of eleven. Yvonne grew up in the State of Missouri, spending many of her adult years in the State of Illinois; Yvonne united in holy matrimony with Calvin Ted Longmire.

The family moved to San Diego, CA. Yvonne joined in fellowship with St. Stephen’s Cathedral Church of God in Christ. While at St. Stephen’s, she served for a time as the church secretary and assisted with teaching the Adult Sunday School class. Professionally, she was a 1st Grade teacher at St. Stephen’s Christian school for many years. Yvonne transitioned in employment to Social Worker with the AKA Head Start Program. After several years in this position Yvonne retired, but she continued to work as a substitute Social Worker.

Yvonne was appointed as the first Church Mother of Imani Temple of Temecula COGIC, and she became most affectionately known as Mother Longmire. Mother Longmire genuinely loved her Imani church family, and the role of church mother. Additionally, Mother Longmire served for several years as President of the Pastor’s Aid Board, member of the Church Board of Directors and inaugural President of the Mother’s Board. One of Mother Longmire’s greatest passions was teaching and she was the Adult Sunday School teacher for over 25 years. Yvonne was also the mother of seven biological children: Rose, Douglas, Ayesha (aka Chryl), Iris, Christopher, Craig, and Miriam.

On Sunday, May 29, 2022, God almighty in his infinite wisdom called and claimed Yvonne Thompson Longmire to be with him in eternity. In addition to her husband, her children, Christopher, Iris, Miriam, and Douglas, preceded her in death. Remaining to cherish her memory are her daughters: Rose and Ayesha (aka Chryl); son Craig and his wife Robin; eight grandchildren: Reginald, Angelette, Hakim, Hikmah, Desymber, Gregory II, Nicholas and Jordan; several great grandchildren; best friend, Betty Smith; the Imani Temple of Temecula COGIC family; and a host of relatives, loved ones and friends.