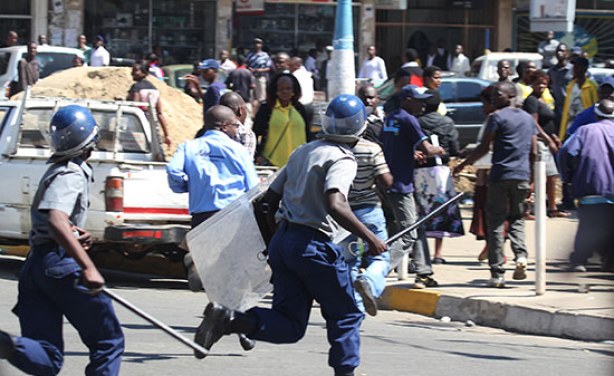 MDC-T Youth Assembly says very soon it will take the electoral reforms demonstrations to ward and district levels throughout the country.

In an interview, the youth assembly’s national secretary Kunashe Muchemwa said the youths will hold demonstrations at ZEC’s Bulawayo offices on Friday before spreading the protests to district and ward levels throughout the country.

“I can assure you that this time around, the government will not be able to contain the intensity of the demonstrations. By organizing the protests at grassroots levels, we want to make dictatorship very expensive for this regime. As youths, we are very worried that the government and ZEC is not reluctant to implement the necessary electoral reforms,” said Muchemwa.

Muchemwa said the Friday Bulawayo demonstrations will mark the beginning of a series of countrywide protests by the youth assembly.

“Police have already cleared us for the Friday demonstrations. We will be marching to ZEC offices in the city and hand over a petition clearly stating our concerns and demands.

The youths have been mostly affected by the current economic hardships and we expect ZEC and the government to create an environment which is conducive for free and fair elections. As youths, we are taking the forthcoming elections very seriously than before,” said the youth assembly secretary.

Muchemwa accused ZEC of presiding over a shambolic and secretive electoral process.

“The pace at which ZEC is moving is appalling. Right now Zimbabweans are not even aware if the elections will be conducted or not. It’s almost a few months before the elections and there is no voters roll and no one is registered. This is a very serious concern which we want to be addressed,” added Muchemwa.