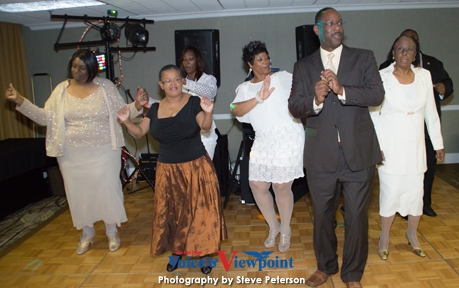 On Saturday, April 5th, the San Diego Masons & Eastern Stars of The Most Worshipful Sons of Light Grand Lodge and Queen Adah Grand Chapter hosted their annual Gold and White Ball. This year’s theme was “Classic Hollywood” saluting African actors and actresses past and present. In past years, the organizations have used this event as a fundraising effort towards the purchase of a building that they wish to acquire. Decked out in their finest, the Masons, Eastern Stars and their guests danced to the sounds of D.J. Troy Garrison and dined at the Handlery Hotel, where the event was held. They also enjoyed entertainment by singer/Eastern Star Sis. Rosalind Washington from Los Angeles. The Mistress of Ceremony for the evening was Lady Dorothy Bowen, Most Grand Ancient Matron, Rahab Grand Court Heroines of Jericho from Palm Springs.

Special Presentations were presented to Bro. Ellis Frank Lilly for being selected the Master Mason of the Year 2014, and Bro. Emanuel Dunn Most Improved Mason 2014. 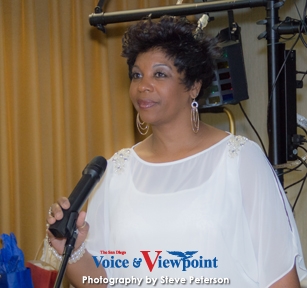 RETRACTION: Original publication of the paper showed photos and written article as courtesy of The Most Worshipful Sons of Light Grand Lodge and Queen Adah Grand Chapter.  The actual photography was done by Steve Peterson; the San Diego Mason and Eastern Stars authored the article.