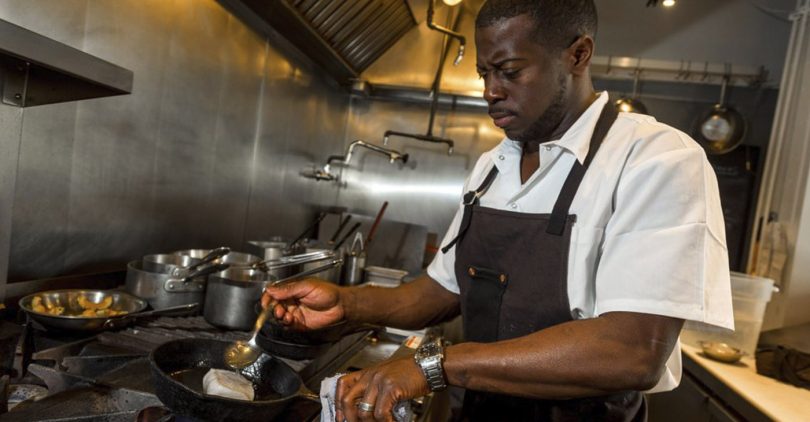 The culinary business world is as cut throat as any other. It’s also known as an industry that hasn’t always allowed for much diversity in management and ownership at its higher echelon.

However, it appears that African Americans are finally breaking barriers, starring in many kitchens around the nation and serving up fine delicacies and treats that have those of all races and backgrounds coming back for second-helpings.

“Memphis is a foodie town with a minority-majority makeup… thoughtful discussions about equity in the food industry are at the forefront here and folks care about presentation, which is at the heart of the issue,” said Cynthia Daniels, the founder of Memphis Black Restaurant Week. “I’ve also seen the difficulty that black-owned restaurants experience with not having big marketing budgets to advertise for new business,” Daniels said.

That’s why she founded Memphis Black Restaurant Week and have advised other cities to do the same.

“It’s a celebration that advocates for black chefs, brings more awareness around their food and beverage traditions, generates new income, and moves the needle in terms of inclusivity in the culinary world,” Daniels said.

That inclusion and enthusiasm appears to have caught on.

“I am truly optimistic for the future with the culinary industry because while there are still a lot of areas in which to grow, we are slowly chipping away the stereotype of what African American chefs have to offer,” said award-winning executive chef and QVC Food Stylist Kristol Bryant.

“We are diversified in our skills, talents and cuisines. African American chefs are no longer just soul-food or southern cuisine chefs, we are so much more,” Bryant said.

“Through education and exploration, we can finally break into areas that we never knew were there. Being seen on television is great for us but being a legitimate authority in culinary in the corporate, private and entertainment sectors is the next step.”

An article in the culinary-centric publication, FSR Magazine, noted that when its reporters wrote about the rise of African American chefs in the U.S. three years ago, several themes prevailed, including that a wide range of talented African American chefs had emerged, like Executive Chef Edouardo Jordan in Seattle, Marcus Samuelsson in New York, and Mashama Bailey in Savannah, Ga.

However, the industry now has several African American chefs serving as role models and paving the way for more minority chefs to make their mark in the U.S.

Examples include Chef Dieuveil Malonga, a 26-year old Forbes 30 under 30 Congolese Chef and a finalist for the Basque Culinary World Prize. Malonga works closely with luxury and fashion brands such as Rick Owens to bring awareness about the African continent through exclusive culinary experiences around the world.

With private clients like ASAP Rocky, Mos Def and others, Malonga has been featured by The New York Times, Vogue, BBC. He’s also spoken at The United Nations World Tourism Organization.

Chef Ronnie Rainwater of Delmonico Steakhouses also serves as another example of African Americans breaking the proverbial glass ceiling in the culinary world.

“He grew up in the kitchen, shadowing his Southern grandmother at the stove; anxious to taste anything he could get his hands on,” said Sade Mills of One 7 Communications.

Rainwater attended Western Culinary Institute in Portland, Oregon and obtained a Culinary Arts Degree in 1999. One of his early jobs in the industry was an internship in the kitchen at The Playboy Mansion in Beverly Hills, where he helped prepare dinners and private events for guests.

In June 1999, Ronnie was offered a position as a cook at Emeril Lagasse’s Delmonico Steakhouse at The Venetian and moved to Las Vegas.

In 2007, he was promoted to executive sous chef at the restaurant.

In January 2011, after working with Emeril for over 11 years at his restaurants in Las Vegas and on the East coast, he was tapped to become the next chef de cuisine of Delmonico Steakhouse.

“Today, he leads the kitchen at Delmonico and oversees all facets of its culinary operations, from sourcing products, to managing the restaurant’s in-house dry-aging program for prime U.S.D.A. beef, to crafting ambitious nightly tasting menus for guests at his kitchen table,” Mills said.

“His love of simple fresh ingredients has helped him cultivate close relationships with local farmers who supply the restaurant with their best products including beets, heirloom tomatoes, squash blossoms and seasonal herbs,” she said, noting that a local orchard provides him with fresh apples and cider, along with the apple wood used to brine and smoke the restaurant’s house cured bacon.

“There is a black hand in many pots and today, talented chefs are using their culinary skill-set as platforms to create, motivate and inspire,” said Charla Draper, a former food editor at Ebony and Southern Living magazines, who now serves as a consultant providing marketing services for food and food-related business.

“Chefs are using their talents traditionally and non-traditionally to mentor and open doors for others,” she said.