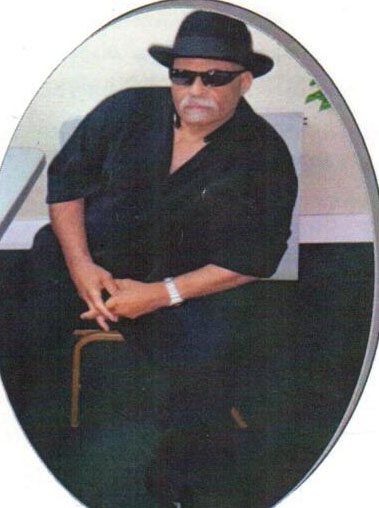 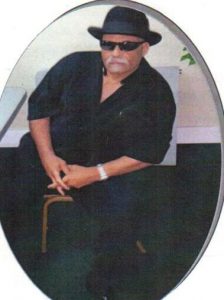 Antwan La’Teef Veasey was born as Alvin James Veasey Jr. in Wilmington, North Carolina on July 21, 1953 to Alvin James Veasey, Sr. and Ethel Mae Veasey, both whom preceded him in passing. Antwan, was the oldest child of four, Michael Jerome, deceased, Chris Bernard, and Joseph Douglas, deceased. As the oldest and the coldest Antwan earned the childhood nickname of Spike, named for his toughness and size. That name was a badge of honor as he naturally assumed the role of protector for his little brothers. Military Brat-yes, both parents served in the Armed Forces. His father was a Master Sergeant in the United States Marine Corps and his mother served as a nurse in the United States Army. Therefore, while his parents served our country, he was raised by his grandmother, Odessa Veasey (Mother Dessa).
The family relocated to San Diego when Antwan was 11 years old. Once here, he established himself as an athlete playing football; he loved sports. He graduated from Morse High School and while there, he participated in Junior ROTC and was a premiere athlete, named an All League Champion as a Strong Safety. He attended San Diego City College and earned the Associate of Arts degree and transferred to attended University of California San Diego and continued his love for football. He was invited to the NFL Combine and scouted by the San Francisco 49ers and the Oakland Raiders, a love that only grew stronger.
In 1979 he met the love of his life, Debra and on August 22, 1981 they became soul mates forever. They enjoyed a blended family which consisted of Antonio, Taneasha, Antwanette, and Brittany. Together Antwanand Debra served as foster parents for more than 20 years. As a devoted and faithful, husband, and a loving and patient father, there was nothing that his children could not share with him. He loved giving them guidance and always used phrases and words that became known as Antwan-isms and anyone who knew him received that same complicated advice. This was his mentor-signature and all who spent time with him were blessed to receive his wise council.
Known as the life of the party, Antwan loved to cook all things delicious. He was the resident Grill Master, designated turkey chef for Thanksgiving dinner, and he perfected his signature seasoned prime rib. Backgammon was his game and any challenge was met with confidence and the sly introduction of “I am the Earl of Backgammon!”
Antwan has been an active member of the Promised Land Ministry since 1994. He served faithfully as a Deacon, enjoyed Bible study, and maintaining the church facility. He even chose to decorate the church in black and gray in order to bless the Raider Nation. He always invited others to church and encouraged them to live by their faith. Antwan would reach out to pray with others and never failed to lend his ear for support. He never met stranger and welcomed all that he met.
Antwan leaves to celebrate his legacy, his wife, Debra; children, Antonio, Taneasha, Antwanette(son-in-law Rashaad) of Phoenix, AZ and Brittany, of Phoenix, AZ; Grandchildren, Jahi, Jaylen, Jahmari, Elijah, Journey, and DaMari “DJ”, Stepmother, Camille G. Veasey; brother Chris, of Dallas, TX; step sister, Sharon; step brother, Alfred; Goddaughter Kia Sprewell; Nephews, Chris, Garrett and Marquis; Niece, Andrea and several foster children; and a host of other family and friends who will forever cherish the love and laughter that changed our lives forever.