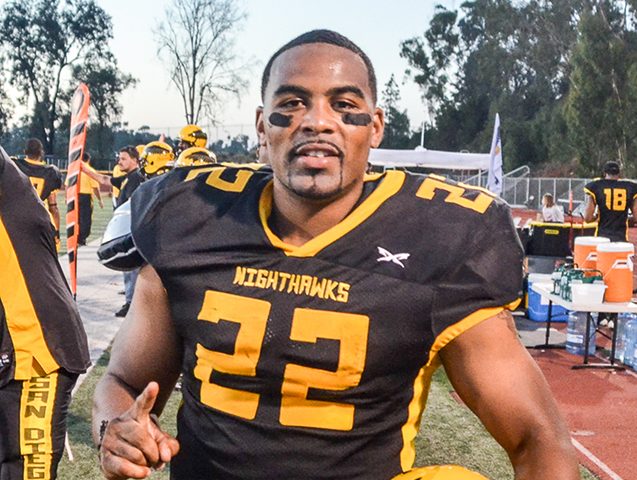 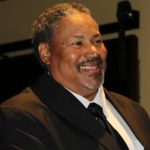 Former Helix High School Highlander and San Diego Nighthawks semi-pro tailback, Ken Cornist, is on a serious mission to fulfill a lifelong dream. Like most NFL hopefuls Cornist’s football aspirations started during his elementary years, and the desire to play still burns inside the now 30-year-old San Diegan.

After starting for the Balboa Raiders Pop Warner Association on Saturdays, he became a stand out Friday night performer for the Helix Football Highlanders. “I was the third highest rated running back in San Diego my senior year in 2004, after Arian Foster of Mission Bay and Patrick Gates Marion Catholic.”

As a sophomore he played alongside Helix legends Reggie Bush and Alex Smith. He won a championship and put up some very impressive numbers during his football tenure at Helix.

His Friday night exploits gave him the confidence to know he could excel at the collegiate level and eventually compete for a coveted NFL roster spot. After graduating from Helix, Cornist decided to take his football talents and his higher learning pursuits to Idaho State University.

“My red-shirt freshman year, I ran for 784 yards and scored 15 touchdowns (school record). I was really looking forward to doing even more my sophomore year,” he shared.

The record setting freshman was on pace to having a record breaking college career, however the coaches had other plans. They brought in a transfer quarterback from the University of Michigan and designed the offense around him.

“As a result my carries went way-down and so did our victories. We went from 5-6 to 2-9,” Cornist shared. “I was very upset in the beginning and I didn’t handle the situation very well. I blame some of that on immaturity. I was young, but I did feel disrespected.”

The next season was more of the same for the disappointed junior, losing and a lack of carries was a tough new way of life for someone coming from winning programs. The coaches brought in a local high school running back that they wanted to promote, and as a result Cornist had to share carries with the local prep star in a throwing offensive system. In Ken’s senior year he was named the starter.

“Yeah I was the starter, but they kept taking me in and out of the game, showing favoritism towards the home town kid. If he was better than me, I would admit it, but he wasn’t and that’s a fact.” An ankle injury put an end to his Cornist’s finale season and he never had the opportunity to duplicate his freshman successes.”

“They tried to shoot my ankle up with drugs so I could play. I refused. I told them nope that wasn’t going to happen.” My college football experience didn’t work out the way I hoped it would, but the whole experience made me a better person and I’m grateful for that.”

After graduation Ken found himself for the first time in 12 years without football.

“I had some serious soul searching to do. I prayed to God to let me know what I should do with the rest of my life,” he said. “I majored in Physical Education, but the competitor in me still wanted to compete.”

Cornist found that after two and a half years of no football he was asking God to put football back in his life. “That’s when out of nowhere ‘Coach Ro’ gave me a call and asked me if I wanted to play pro football in Italy. I jumped at the chance and it was a great opportunity to get back into the football grove of things. I loved it there, and I will never forget the experience.”

When Cornist got back to the United States, he went to Arizona to seek some expert training, which didn’t pan out, so he moved back to San Diego and started training with Fitness Instructor Alex Johnson.

After some serious training sessions Cornist’s football desire sent him to Tacoma Washington to play in the PDFL semi pro league. He put up some good numbers in Tacoma before the league folded. Now he’s back in San Diego trying to help the tough Nighthawks win a championship and to see if he still has what it takes to play at the next level.

“I’ve been training with Ken for 3 years. His work ethic is second to none and I believe he is on point for what he is trying to accomplish. When he sets his mind to doing something he is going to see it through,” Fitness Trainer Alex Johnson shared. “If he doesn’t succeed at something it definitely won’t be from a lack of effort.”.

Former NFL running back Lynell Hamilton shared “I think he has the balance, speed, desire and strength to make a NFL roster, but an NFL opportunity won’t be easy. A lot of things have to happen. The NFL door is a very hard door to push open, but if anybody can push hard it’s Ken.”

Hamilton added, “Another thing you have to consider is he hasn’t had a lot of wear and tear on his body. He stays in great shape and chronologically he is more like 26 years old.”

Ken Cornist can be seen on selected Saturdays keeping his eyes on the big prize as a San Diego Nighthawk, stating, “I’m my biggest critic and I would not consider playing in the NFL if I didn’t think I had the abilities to compete. I know at 30 the odds are stacked against me, but I love a good challenge.” He shared.