Home Opinion and Commentary Ban the Bag and Tax Scam 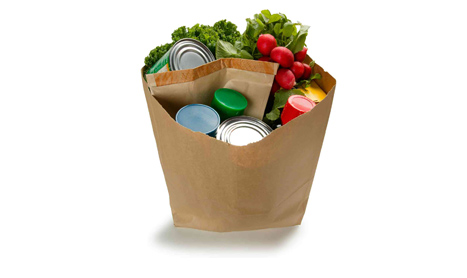 Our government is at it again.

Despite a recent U-T/10News poll showing most San Diegans oppose the idea, San Diego City Councilmember Sherri Lightner is pushing a big brother-style ordinance that would outlaw plastic bags at grocery and convenience stores, and require you to pay a tax on paper bags.

To make matters worse, every dime of this new bag tax – which will generate millions of dollars every year – will go right into the corporate pockets of stores such as Ralphs, Vons and Albertsons, instead of being put to good use here in San Diego for things like neighborhood cleanups and beautification projects.

If the proposal is approved, you would be forced to use paper bags at a cost of 10 cents a piece. All told, this equates to a multi-million tax on the people of San Diego – a tax for which you won’t even be able to vote. If you don’t want to use paper bags, your only other option is to buy the more expensive reusable bags, the vast majority of which are made in China (from oil) and imported to the U.S. at a rate of more than 500 million per year.

Why, in these tough economic times, are we lumping any government costs on to grocery bills when so many families and senior citizens are struggling to make ends meet?

And then there are the environmental drawbacks. Did you know that it takes much more energy to manufacture paper and reusable bags than it does to produce plastic ones? According to one study, the “global warming potential” of producing plastic grocery bags without factoring in reuse, is one-third that of paper bags and 1/131st that of reusable cotton bags.
Moreover, by pushing people toward paper bags, more trees will be chopped down, leading to greater deforestation of our wilderness areas. In addition, it takes 96% percent more water to produce paper bags than it does plastic.

All in all, the impacts of a ban on plastic bags would have a sizable negative impact on our environment.

And let’s not forget that people like to reuse their plastic bags – to line their wastebaskets at home, pick up after their pets and carry their lunch to work. If these bags are outlawed, we’ll be forced to buy our plastic bags; yet another cost associated with this ban.

The bottom line is: this bag ban and tax scam doesn’t make sense for San Diego. The benefit is minimal and the downsides are many.

Instead, our city leaders should focus on what we San Diegans really want: things like faster police and fire response times, smooth streets, and more hours at our libraries and recreation centers.

McKinney is the Founder and Senior Pastor at St. Stephen’s Cathedral, Church of God in Christ, in San Diego.

Arabo is President and CEO of the Neighborhood Market Association, a San Diego-based non-profit organization that represents 2,100 family-owned markets in California, Nevada and Arizona.