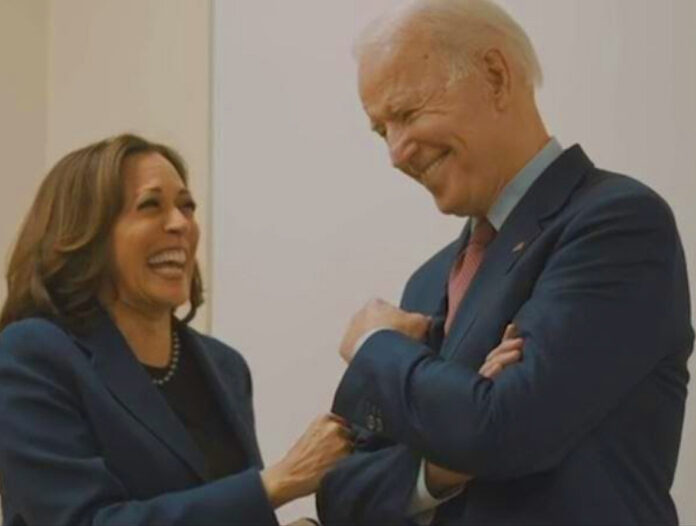 The tumultuous 2020 presidential election triggered a record number of participating voters. Never before had so many people cast their preferences. And similarly, together substantiated how divided the nation is.

For Black America, the financial ravages of the year have brought deeper and more devastating circumstances to bear. Disproportionately affected by the COVID-19 pandemic, our communities have been denied the opportunity to comfort loved ones hospitalized, or even to collectively mourn the loss of family and friends. The continuing pandemic has also depleted the financial resources of those who lack sufficient resources to cover financial emergencies. When these same economically- disadvantaged consumers also suffer job losses, lay-offs and reduced working hours, mounting household debts are inevitable.

“We are in the midst of a pandemic caused by an abject failure of federal leadership that has left tens of millions unemployed, the economy in collapse, nearly half of the nation’s Black small businesses decimated, 40 million Americans at risk of foreclosure and eviction, and Black homeownership at levels not seen since the 1960, when racial discrimination in housing was legal,” noted the National Urban League’s President and CEO, Marc Morial.

In the throes of these challenges, the President-Elect has yet to receive cooperation in our hallmarked peaceful transition of power. He must instead draw upon the expertise and insights of those proficient in key areas of concern to construct a myriad of remedies needed now more than ever.

While pundits focus on the first 100 days of the next Administration, people from all walks of life hope in earnest for an inclusive economic recovery, one that includes communities long-marginalized. And lest anyone purport that communities of color are overly-sensitive, we need only remind naysayers of how the housing recovery from the Great Recession left behind the very people who were harmed the most: Black and Latino communities.

If this recovery is to be different, the calls for action must be heeded. Now is the time to stand up and speak out not just for what we want, but for what we also deserve.

A straightforward first step is for President-Elect Biden to move swiftly to restore fair housing rules that were gutted by President Trump’s Administration.

In 2015, President Obama’s Administration issued the Affirmatively Furthering Fair Housing (AFFH) regulation, which provided long-overdue guidance for local governments and others to implement a key mandate of the same name in the Fair Housing Act of 1968. This key development in civil rights law’s AFFH mandate required active steps to end segregation, promote integration, and ensure all neighborhoods are well-resourced. It also assured that local residents would have access to housing opportunities.

Under President Trump. The Department of Housing and Urban Development, HUD, repealed the regulation and replaced it with a rule that was described as “weak and toothless” by Lisa Rice, President and CEO of the National Fair Housing Alliance.

Similarly, the outgoing leadership at HUD promulgated an administrative rule that would defang the “disparate impact” standard, a critical legal tool to uncover and stop harmful mortgage discrimination. Nikitra Bailey, Executive Vice President with the Center for Responsible Lending (CRL) argued that “[I]t is unfathomable that HUD would gut one of the primary anti-discrimination instruments as the nation reckons with systemic racism.”

Even the collection of data on mortgage discrimination has been cut. These rollbacks and others are described in a report entitled, Turning Back the Clock: How the Trump Administration Has Undermined 50 Years of Fair Housing Progress released by Ohio’s Sen. Sherrod Brown, the Ranking Member on the U.S. Banking Committee.

At the same time, we know that real progress must be pursued beyond familiar and often ineffective remedies. Preserving the status quo will never provide help that is desperately needed.

Toward this end, CRL has proposed a 100-day agenda for the incoming Administration and the new Congress to address financial justice in all of its forms.

To expand fair, inclusive, and sustainable homeownership, CRL calls for several actions including:

“Too often, predatory financial services and products prevent families and small businesses from accessing opportunities, and instead impede our ability to reduce poverty and close the racial wealth gap”, states a new CRL policy brief that includes a combination of administrative and legislative actions.

Even before the dual crises of the pandemic and a faltering economy, U.S. household debt was on the rise, reaching $14 trillion. CRL’s policy recommendations include an end to the collection of so-called “zombie debt”, bills that are too old to be legally collected.

Another practice of heightened concern is the increased use of bank overdraft fees. These fees harm consumers with low or no cushions in their bank accounts. These are the same consumers who can least afford added fees in already tight budgets. CRL proposes to halt these regressive fees until the economy has recovered. Once achieved, CRL recommends a permanent limit to the number of fees that can be charged monthly and annually.

One action the federal government did take in the COVID-19 crisis was to fund small businesses threatened with closure. However, Black small businesses and entrepreneurs were largely shut out of tis aid. A key remedy for CRL is to launch a focused effort to meaningfully assist them.

As impressive as these numbers are, several reports, including a recent one by Citi Global Perspective and Solutions, show that if Black businesses had greater access to affordable credit, this key sector of the economy would grow significantly and boost the nation’s economy as well.

Black businesses are more often created with their own personal resources than are white start-ups. Instead of business loans, Black entrepreneurs are more likely to use personal and business credit cards that can carry higher interest rates and fees. Additionally, Black-owned businesses are the least likely to receive approval for loans from large banks, or from investors.

The financial playing field could better serve Black and other businesses of color with more robust capital support and technical assistance, according to CRL. A direct grant program tailored to the specialized needs off businesses of color, as well as increased lending capacity at minority deposit institutions and community development financial institutions would be key to accessing affordable credit when needed.

Nor is CRL alone in calling for change that brings genuine relief to Black America. Civil rights groups like the National Fair Housing Alliance and the National Urban League have also identified action plans that will deliver a better day.

If some of these proposals seem familiar to readers, it is because our fight for freedom, equality and the American Dream have remained a quest instead of an achievement.

On April 16, 1963 – 57 years ago, Rev. Dr. Martin Luther King, Jr. penned his immortal, Letter from a Birmingham Jail. In part, he wrote, “[W]hen you are harried by day and haunted by night by the fact that you are a Negro, living constantly at tiptoe stance, never quite knowing what to expect next, and are plagued with inner fears and outward resentments; when you are forever fighting a degenerating sense of ‘nobodiness’ – then you will understand why we find it difficult to wait.”

As a people, let’s call upon a new Administration to end our long-suffering wait.

Jury Begins Deliberating the Case of the Murder of Ahmaud Arbery