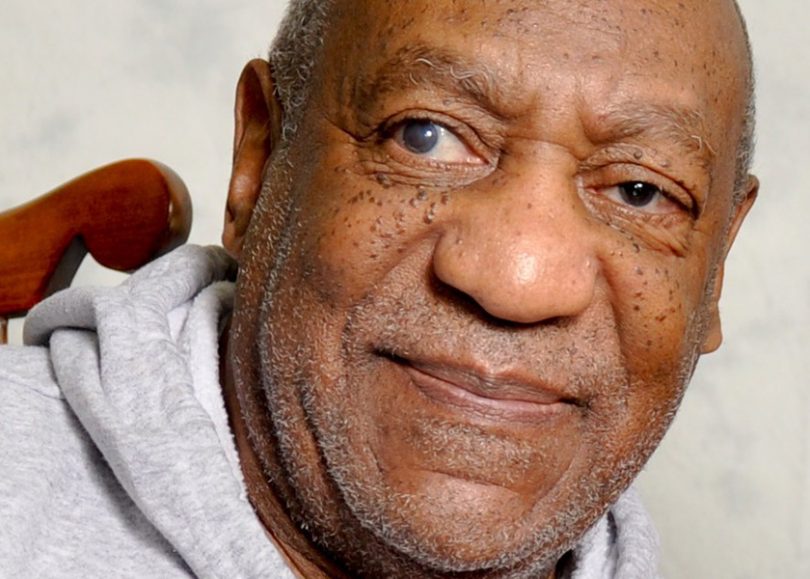 Pennsylvania reportedly has the second highest percentage of elderly prisoners in the United States, according to statistics culled from several watchdog groups.

At 81, Bill Cosby counts among the growing number of Pennsylvania inmates – or, as the comedian prefers to call them, residents of the state.

Cosby is housed in the Keystone State’s newest, biggest and most expensive prison – the State Correctional Institution-Phoenix, a $400 million and 3,830-bed high-security complex in Montgomery County just outside of Philadelphia.

Although he’s yet to be placed in general population, Cosby isn’t receiving any special treatment – nor does he seek any, said his longtime publicist Andrew Wyatt, who visited with the entertainer over the Thanksgiving Day holiday.

“He’s doing great. He knows he shouldn’t be there, but he’s focused,” Wyatt said.

“It’s quite prophetic and spiritual that Mr. Cosby is in an institution called, ‘Phoenix,’ which reminds me of the quote below because it’s a story of resilience, vindication and/or freedom that will be awarded to Mr. Cosby sooner than later.

“When our world comes crashing down and we come crashing down with it, we have a chance that others don’t have: we can only rise if we’ve fallen; we can only be reborn if we’ve known what it feels like to die inside. This is the story of the phoenix, ‘Bill Cosby.’”

Cosby, who was sentenced in September to 3 to 10 years for aggravated indecent assault, is also helping other “residents” and even prison employees whom he freely advises on matters like food, health and staying out of trouble.

“Mr. Cosby has regular and in-depth discussions about getting better nutrition for the residents and getting them on natural supplements because the residents and officers have major health problems,” Wyatt said.

Through Wyatt, Cosby said, “every morning a message comes over telling residents to line up for their insulin shots. These are young – 20, 30, and 40 year-old – men,” he said.

Wyatt said Cosby is “so concerned with the high obesity rate, not just with the residents, but the officers because they’re having to survive off of the prison food, too,” he said.

Asked if Cosby has sulked at all while awaiting his appeal, Wyatt unequivocally shot down that notion.

He said even officers and some prison officials have suggested that Cosby shouldn’t be there as he awaits his appeal on his conviction.

A recent report from the Brennan Center and Time Magazine noted that 39 percent of U.S. prisoners shouldn’t be incarcerated at all.

Wyatt said Cosby falls into the category and, without citing those reports, his beliefs are in line with experts.

At 81, Cosby likely isn’t a threat to society – one of the primary criterion for incarceration.

The comedian was convicted based on a decades-old and previously out-of-court civil claim where the victim lives in another country.

Also, Cosby has never as much as received a speeding ticket and has no prior criminal record.

Public perception – in large part because of mainstream media’s mostly unfair portrayal of the case – wrongly asserts that Cosby was convicted of rape.

The comedian was never charged or convicted of such violent act – he was convicted of aggravated indecent assault for providing Benadryl tablets to his victim and fondling her.

Mass incarceration is the greatest moral and racial injustice of our time, Lauren-Brooke Eisen, the senior counsel and Inimai Chettiar, the director of the Justice Program at the Brennan Center for Justice at NYU School of Law, wrote in a 2016 editorial for Time Magazine.

During a three-year period, the duo led a team of criminologists, lawyers, and statistical researchers to analyze criminal codes, convictions, and sentences to help pave a way forward.

“We found that approximately 39 percent of the nationwide prison population (576,000 people) is behind bars with little public safety rationale. And they can be released, significantly and safely cutting our prison population,” the pair wrote.

“Many people who are in prison shouldn’t have been sent there in the first place. For example, we found that 25 percent of prisoners (364,000 people), almost all non-violent, lower-level offenders, would be better served by alternatives to incarceration such as treatment, community service, or probation. Releasing these inmates would save $20 billion annually, enough to employ 270,000 new police officers, 360,000 probation officers, or 327,000 school teachers.”

Meanwhile, Cosby spends his time talking with his wife of more than 54 years, Camille Cosby, his friends and Wyatt.

During the Thanksgiving holiday visit, Wyatt said Cosby spent their final 30-minutes by trying to dissect the mental stability of one individual he’s attempting to find solutions to save from what he deems to be a self-destructive and problematic situation.

“Some people,” Cosby said, via Wyatt. “Are just worth it and their potential is so great, we can’t ignore that there’s a problem but it’s fixable.”

Excerpt: “Mass incarceration is the greatest moral and racial injustice of our time,” Lauren-Brooke Eisen, the senior counsel and Inimai Chettiar, the director of the Justice Program at the Brennan Center for Justice at NYU School of Law, wrote in a 2016 editorial for Time Magazine.