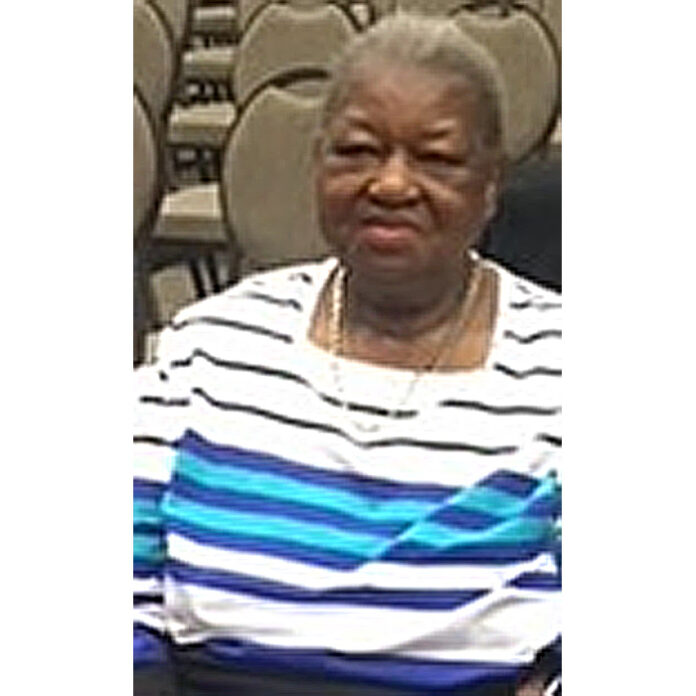 Funeral Services were held on July 15,2021, at Memory Chapel of Anderson -Ragsdale Mortuary with the burial following at Mt. Hope Cemetery. Final arrangements were entrusted to Anderson-Ragsdale Mortuary.

Billie Jean Gay was born to Katie Mae Fowler and R.B. Coleman in Newton, Texas. She had one sister and three brothers. Which was Renita Coleman-Jones, Carl Coleman, Anthony Coleman and Earl Coleman.  She attended school in Wier gate, Texas, and finished high school in Mc McClymond’s High School in 1951 in Oakland, Ca, Where she met and married Rueben Gay in San Francisco, CA, in 1953.

The family relocated to San Diego, Ca in 1969.  She traveled all over the world with her husband in the Military: Places like Erlangen, Germany, New Mexico and Colorado Springs as well as other locations around the country. Rueben Gay served in the army during The Korean War, War World II and lost his life in the Vietnam War. Leaving Billie Jean with eight kids, the eldest being 16 years old. Still, she never complained or let her physical challenges stop her…always moving forward! Most importantly, she was a single-parent who went to night school, attained a degree in child development, minored in criminal law. Afterwards, she went on to work for Euclid School. She lived in San Diego, for over 50 years, Billie was known in the neighborhood as “Momma-Gay” and, that meant you can come anytime to eat, drink, sleep or watch sports, she loved the Lakers!

Her door was always open to everyone. Billie was extremely nonjudgmental in how she helped people in the Community.