Home Opinion and Commentary Black America: If You Haven’t Supported the Black Press the Way You... 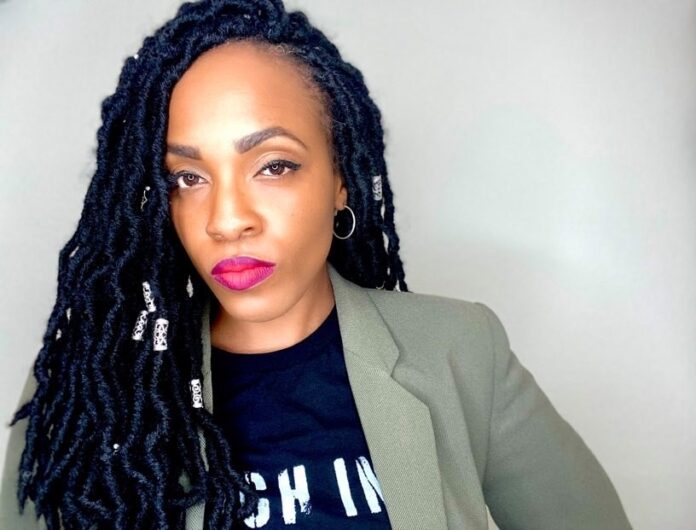 Being a journalist gives for more time behind the scenes than it does out front. Long before social media, most people only knew journalists by their pen names. For us, days, weeks, and months go by, merely reading and writing.

In a generation where reading news isn’t as “fashionable” as it used to be, it makes the art form of storytelling a little complex.

Because I haven’t been out on the frontline of the streets as much as I’ve been at the frontline of my computer, I’ll admittedly share that I began to feel that I had nothing to give.  I started to self-sabotage, diminishing my work and contributions by pen. The advent of 60 second Instagram stories, Facebook videos, captioned memes, and bait click headlines have been how a lot of people have been getting their news these days. It’s fair to say that with each death of a Black man, Black woman, or Black child, I’ve found myself feeling a little defeated – wondering if I write it, will they read it?  After all, they say we only like to look at the pictures – that we don’t read. They say we only want to be entertained.

As a second-generation Black newspaper publisher, I stand on the shoulders of an institution that is 193 years old—the Black Press. In 1827 the first Black newspaper was printed. In their first editorial, co-founders John Russwurm and Samuel Cornish stated, “We wish to plead our own cause. Too long have others spoken for us. Too long has the public been deceived by misrepresentations, in things that concern us dearly…”. Today we are still pleading our case.

I must acknowledge print as my first love, and though I’ve transitioned from it to publishing digitally, I realize that no matter the medium, we Black journalists and publishers are documenting history. OUR history – unbought and unbossed (as Shirley Chisholm would say). We are not second-class media nor alternative news. George Floyd’s death is not alternative news now, is it?  Are Ahmaud Arbery and Breonna Taylor’s deaths alternative news? No, of course not. Nonetheless, some of you have tacitly allowed White America to label us this way and because of that, you have inadvertently followed suit – treating us with less respect and support than those outlets who barely even know where your communities are located sans mention of murder.

White America knows the power of the press. For the last two decades, billionaires have been purchasing newspapers that were considered barely extant. It is believed that individuals who have amassed this type of wealth have done so through their canny business decisions.  So, while “they” are telling you print media is a bad move, they are positioning themselves to control the narrative through ownership. They understand that an act as small as putting words to ink can make the most significant impact.

Against this backdrop, I’ve become more comfortable with my lane in this race. A race we’ve been running for 193 years.

Since 1827, The Black Press and the fight for Civil Rights have been united in holy matrimony – seeking no desire to part.  You, the fruit of this union, are still needed. Your eyes to read and your hands to write. Our existence is collective.

When the videos are buried down timelines or even deleted, and specific platforms have been submerged into a digital abyss, print will still be as it always has. As legal and historical documents that have cemented the fate of countless destinies – we will be here, just as we have always been.

Earl Graves Jr., (owner of Black Enterprise magazine) recently made the most outlandishly asinine comment I’ve ever heard. He said that all 176 (which he incorrectly stated) Black newspapers in this country were unnecessary and that we only needed a few.  First, the number of Black newspapers and Black digital media outlets that exist nationwide is closer to 220. Secondly, our lives and experiences are vastly complex, and depending on the region that you are in, we need more.  The federally syndicated news that we receive through the few pseudo Black media conglomerates are not entirely reflective of our local conditions. Local taxes, local law enforcement, District Attorney-administered justice, county-board managed education systems, police abuse, the cost of land and water, the score at last night’s high school baseball game, the local climate for business people, jobs, tax breaks, access to taxpayer-supported public higher education – are all local interests.

Today I stand a proud member of the National Newspaper Publishers’ Association, the National Association of Black Journalists, and the NAACP. With my ten fingers, two eyes, and two ears, I’m often smothered by the detrimental acts of injustice that plague our lives. But with each story I tell through the stroke of these keys, I gain my breath, renewed by the liberties that the freedom of the press affords us.

If we are telling your stories to the world, serving as your mouth – then treat us like we are a part of your body. Encourage us with your concern. Nourish us with your support. For this younger generation, I want you to understand the power of the pen and the significance of being equipped with historical knowledge.

Do you know the name of your local Black newspaper?

Do you purchase copies?  Do you only read it when you’re featured?

Support them with your dollars, whether it’s donating money or buying a subscription. Write Letters to the Editor and, advertise your events outside of social media, and most of all, READ. No institution is perfect, especially ours, but something should be said about our resilience. We get up every day and embrace your stories as our own because they are our own. We chew on your pain, blood, and tears –breaking down the hard to digest pieces, making them more palatable to serve to the masses.

Many Black newspapers are short-staffed, often leaving owners to juggle several jobs at once, whether answering phones, processing advertisements, or writing articles. Daily they fight with corporations for advertisement dollars, often the lifeline of the publication, only to be put in a position to prove the validity of their existence.

The Black Press does more than publish Big Mama’s obituary or provide a pictorial spread from your last church gathering. We educate. We fight with our words.

Ida B. Wells, a prominent Black woman journalist born in 1862, said, “The people must know before they can act, and there is no educator to compare with the press.”

Chida Rebecca is a second-generation publisher, author and advocate based out of
San Diego, CA