Home Business Black Leaders: Spending Must Include Minorities as State Prepares for Billions in... 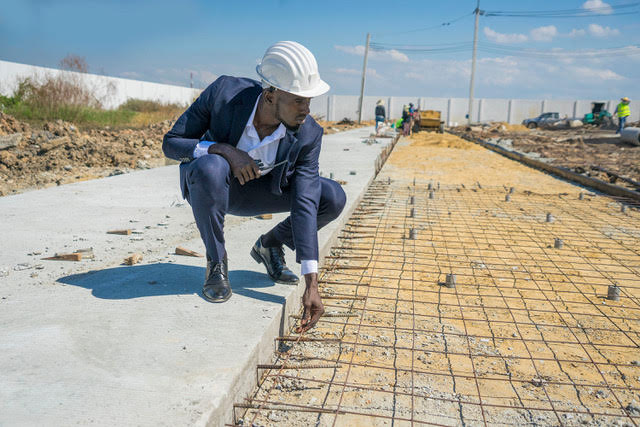 Some African American leaders in California are concerned. As the state looks forward to receiving billions in new federal funding this year for development projects, they fear African American and other minority-owned businesses and their workers will be left out.

The leaders say California has not lived up to its commitment to equitably include African American contractors and businesses in the state’s ongoing infrastructure investments. The state has also failed, they say, to include Black-owned institutions like newspapers and other media when informing the public about open bids for taxpayer-funded contracts, hiring and other economic opportunities.

“The notices for the jobs are not being advertised in our Black and Brown newspapers,” Warren said. “If they don’t reach out to us from a standpoint of being proactive inclusive, we won’t benefit from these jobs.”

He says, if the U.S. Congress approves it, the proposal would create $19 million jobs. In addition, it would invest in research and development that helps the United States “out-compete” China and other countries around the world.

Biden also promised that his plan would also address existing racial disparities that have resulted from the government’s historical neglect or isolation of African Americans and other minorities when undertaking large-scale national development projects.

“Inaction is not an option,” the President said, chiding the U.S. Congress to pass the bill.

“It is an 8-year program that invests in our roads, our bridges, broadband, airports, ports, fixing our water systems. It is going to repair our V.A. hospitals across the country – many of them more than 50 years old,” Biden said.

“President Biden put forward a transformative vision for a healthier and cleaner future for our country, with unparalleled investments in infrastructure and clean energy which will create millions of high-paying jobs along the way,” said Newsom.

Newsom said California is “uniquely positioned to benefit from these investments.”

The governor cited how California will likely use some of the federal money, citing projects like expanding broadband access; making the state’s electric grid more resilient to wildfires and blackouts, improving schools, hospitals and housing; expanding clean transportation; and more.

Newsom said the spending will also “lift up opportunities for communities too often overlooked.”

To help get the word about the infrastructure plan out, Gov. Newsom and Vice President Kamala Harris toured an Oakland-based facility on Monday morning to emphasize the importance of the American Jobs Plan. Vice Pres. Harris held a listening session with local leaders, including a small business owner who received resources and funding from the Community Development Financial Institutions Fund.

But even though the California state government has already set aside lump sums of money to invest in the building and maintenance of state highways, bridges, and additional mass transit infrastructure, Black leaders say African American companies have yet to equitably benefit from those projects.

The overall infrastructure budget for Caltrans, for example, includes a $273 million investment from Senate Bill 1, passed in 2017, to repair the state’s roads and various transportation systems. The California Department of Transportation (Caltrans) is responsible for managing and distributing $491 million in funds, allocated by the California Transportation Commission. Caltrans is also in charge of distributing job opportunities including construction contracts and jobs across the state.

Gene Hale, Chairman of the Greater Los Angeles African American Chamber of Commerce, said the state’s transport agencies need to increase the spending among minority groups, “to make a lasting impression in Black and Latino communities.”

“Caltrans should also increase their small business goals on state-funded highway projects, and also continue to do more outreach to reach these disadvantaged communities,” said Hale.

Toks Omishakin, the director of Caltrans – who Gov. Newsom pointed in September 2019 — said his department has opened the Caltrans Office of Race and Equity (CORE), which works closely with the Office of Civil Rights for equity efforts in August 2020.

The inaugural virtual small business summit included 800 businesses from across the state networking with federal government officials and representatives from banking institutions.

Despite the success of the event, Omishakin said that Caltrans struggled to get participation from Black and Latino business owners.

“One of the things we need to do is engage more with the communities,” Omishakin said. “We need to reach out more to people and businesses to let them know what opportunities exist.”

According to the Economic Policy Institute, the unemployment rate for Black Californians in the last quarter of 2020 was 15 %, the highest in the state. Latinos were a close second at 13 % within the same fiscal quarter.

Warren said using trusted messengers like established Black-owned media publications around the state is a practical way to promote equitable hiring processes and distribution of funds.

“They have to put money in inclusive media for community outreach — the same way they did with the census,” Warren said. “There has to be a directive that these jobs be inclusively placed before us and made available to us.”

Omishakin, Caltrans director, said that ethnic media is a viable option for community engagement in Black and Latino communities.

“We’re going to step up even more on this type of engagement,” Omishakin said. “We know that some communities rely on ethnic media to get our information, so we’re going to do more to get the engagement we were looking for.”

Omishakin said Caltrans is committed to boosting equity in its funding programs and hiring processes.

One important way to address issues of inclusion issues of diversity and equity across the board, “is through our business practices, and how we give more opportunity to marginalized businesses,” said Omishakin.

Hale, who is also the CEO of G&C Equipment Corporation, a construction equipment, material, and supplies company said the transportation agency must be willing to set up goals that prioritize minority businesses for government contracting jobs in predominantly Black and Latino communities.

The businessman and civic leader said Caltrans needs to design programs that, “specifically reach the disadvantaged minority communities and businesspeople.”