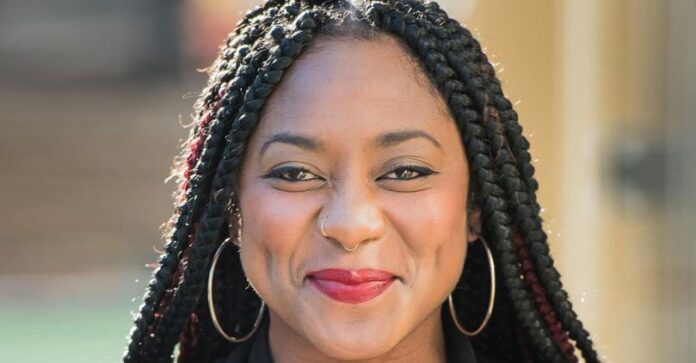 The analysis of responses from over 5,300 participants in the 2019 Black Census, demonstrate that police violence and impunity — and broader societal violence that targets the LGBTQ+ community — are also urgent concerns, showing a strong alignment with the non-LGBTQ+ identifying larger Black community.

The analysis of responses from over 5,300 participants in the 2019 Black Census, demonstrate that police violence and impunity — and broader societal violence that targets the LGBTQ+ community — are also urgent concerns, showing a strong alignment with the non-LGBTQ+ identifying larger Black community.

“Too often, Black LGBTQ+ people are perceived as distinct and separate from the larger Black community and defined more by their sexual orientation than their race,” said Alicia Garza, principal at the Black Futures Lab and co-founder of Black Lives Matter. “In fact, LGBTQ+ respondents prioritize the same concerns as the rest of the Black community andface triple consciousness: violence and discrimination based not only on race but gender, gender identity, and sexual orientation.

“Black LGBTQ+ people often lose employment opportunities, access to housing and quality affordable health care because of how we identify. It is important for policymakers, activists and community groups to remember this and create an agenda that reflects that understanding when representing and serving Black LGBTQ+ people. Attending a gay wedding and changing your Facebook profile picture to a rainbow flag is great but it’s simply not enough.”

The Black Census is the largest survey of Black people conducted in the United States since Reconstruction. The Black Futures Lab is publishing the findings of the census in a series of reports and briefs in partnership with Color of Change, Demos, and Socioanalítica Research.

“Black LGBTQ people hold in their very bodies the dual brunt of racism and discrimination based upon their sexual orientation and gender identity,” said K. Sabeel Rahman, President of Demos. “The day to day experience of economic insecurity, mistreatment by families and communities, combined with discrimination in housing, religion and even healthcare leaves many Black LGBTQ+ people locked out of economic opportunities and sometimes far removed from our democratic process. As this report shows, while Black LGB+ respondents know this, their pain and concerns are inexcusably left out of the conversation around what LGBTQ people need.”

A forthcoming report will explore the distinct concerns and experiences of Black Census respondents who identify as transgender, gender non-conforming, or identify their gender as “different” than male or female. Highlighting the findings of transgender and gender non-conforming individuals in their own report provides an opportunity to shine a spotlight on a community that is too often marginalized, even in discussions about LGBTQ+ people.

The Black Census Project launched in early 2018 with an ambitious agenda to poll tens of thousands of Black people on their political beliefs, frustrations and aspirations.

More Black Than Blue: Politics and Power in the 2019 Black Census, showed that respondents were strongly aligned with key Democratic policy priorities like closing significant gaps in quality of life through a living wage, quality public education, and healthcare, but that alignment did not translate to immediate, energetic support for the party or its candidates.

“Black people are vital members of every community we’re part of, whether placed-based, work-based or identity-based communities,” said Rashad Robinson, president of Color of Change, the nation’s largest online racial justice organization. “Neither our country’s Black communities nor our country’s LGBTQ communities will be fully understood, served or strengthened without Black LQBTQ people being heard and seen — counted and cared for. We have helped make Black communities what they are — and have helped make LGBTQ communities what they are. And we will always continue to. Our needs must be known. Thankfully, this report moves us in the right direction in terms of understanding all Black people much better.”