Home National Black Women Speak Out On 2020 Presidential Election: Candidates Will Have To... 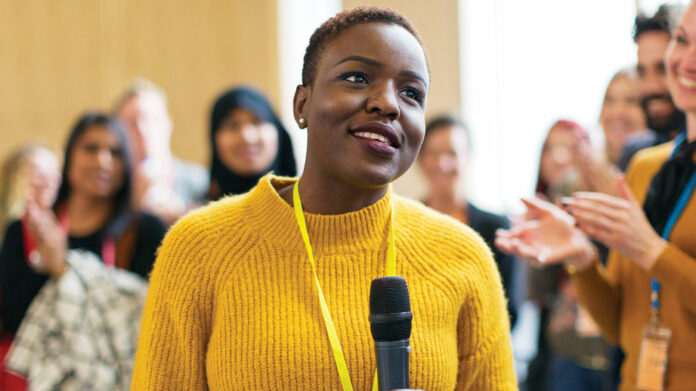 Black women continue to have an impact on the political landscape, particularly within the Democratic Party. And this year the topics that matter the most to us have changed, according to the fifth annual Power of the Sister Vote survey, which was released by the Black Women’s Roundtable (BWR)—an inter generational public policy network conceptualized and formed by the National Coalition on Black Civic Participation—in partnership with ESSENCE.

The survey, which polled 1,068 Black women representing a range of ages as well as diverse economic and educational backgrounds, focused on which candidate participants would vote for if the election were held today, what Black women consider to be a priority this election cycle, and what candidates have to do to earn their votes.

Interestingly, the results reveal a chasm between the political perspectives of Black women millennials and Generation Zers (ages 18 to 34) and those age 35 and up. While the older contingent continues to place its hopes in the centrism of former Vice-President Joe Biden (25 percent), younger Black women (18.9 percent) said they would vote for the more progressive Senator Bernie Sanders (D-VT) if the 2020 presidential election were held today.

The survey finds that President Donald Trump continues to receive an F for his job performance—approximately 83 percent of Black women polled give him a failing grade.

45% OF BLACK WOMEN ages 25 to 35 agree that the Democratic Party best represents their interests, while nearly ONE THIRD indicate that no party represents them.

WHAT DO BLACK WOMEN WANT?

Our priorities have shifted somewhat. In 2019 criminal justice/policing reform is the number one issue, separated by a mere 1 percent from affordable health care, which comes in second place. In 2018 the top concern was hate crimes/ racism, according to 55 percent of those polled.

That was up from 33 percent in 2017. While hate crimes/racism remains a key problem at number three this year, it has dropped 13 points from 2018 and is now tied with equal rights/equal pay, which has risen 14 points as a concern from 2018.

The picture changes when age is a factor: protecting the financial safety net (Medicare, Medicaid and Social Security) and reduced taxes for lower- and middle-income families rank as the top issues for older Black women polled, while 51 percent of millennial and Gen Z respondents choose addressing the catastrophic rates of Black maternal morbidity and infant death as their top priority.

Gun safety, gentrification, college affordability and quality education, along with climate change and environmental injustice, round out the list of our most pressing concerns. “Black women polled conveyed that they are concerned about the rise in White supremacy; police violence against unarmed Black people going unchecked by the justice system; and the increase of mass killings—primarily perpetrated by young White men targeting people of color, Jewish people and others not welcomed by White nationalists,” says Avis Jones-DeWeever, Ph.D., author, researcher and editor-in-chief for the 2019 BWR Report.

THE DEMOCRATIC PARTY HAS TO REGAIN BLACK WOMEN’S TRUST

Our confidence in the Democrats, which has fallen in recent years, remains stagnant. Overall, 73 percent of Black women, the same as in 2018, identify Democrats as the party that best addresses their issues. However, 23.6 percent identify as Independents or nonaffiliated and 0.01 percent as Republican.

In contrast, only 45 percent of Black women ages 25 to 35 agree that the Democratic Party best represents their interests, while nearly one third indicate that no party represents them. According to the 2017 Power of the Sister Vote survey, the Democratic Party experienced an 11 percent drop in our support from 2016, while the percentage of Black women who say neither Democrats nor the Republican Party represents their best interests increased by 1 percent—21 percent in 2017 to 22 percent in 2018.

Interestingly, the percentage of Black women who think the Republican Party best represents them has increased by nearly 2 percent. “Black women, especially younger women, believe the Democratic Party must do more to regain their trust and demonstrate that they are the party that best represents their interests,” Jones-DeWeever notes. “This year’s poll results appear to reflect this sentiment.”

While some of the concerns have evolved—depending on what Black women perceive to be more urgent—it is clear that we remain engaged in the political process and are fully invested in the emotional, physical and financial health of Black communities as well as the well-being of the nation as a whole.

This article originally appeared in the November 2019 issue of ESSENCE Magazine and was reposted here, courtesy of Lon Walls.
https://www.essence.com/articles/black-women-voters-presidential-election-2020/