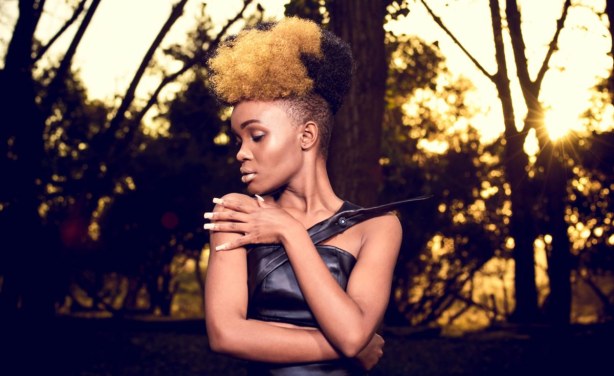 Fast-rising songstress Amantle Ntshole, popularly known as Amantle Brown, is getting a lot of attention from the local music industry for her eccentric, bold and fierce sound. Not only is she a singer, but Amantle is also performer, dancer and songwriter.

The multi-award winning artist rose to fame during her time at My Star.

Amantle has collaborated with several other local artists, keeping her relevant and giving her exposure. She made history by being the first Motswana artist to have two songs on the Botswana Air Play Music Chart in a single week.

Amantle has said her songs are inspired by personal experiences and expressing general life experiences through music. Not only had she shown growth and maturity but she is an artist to look out for, locally and internationally.

Brown has just one album under her belt titled “Sa Pelo”, which she released in September 2015. The songs venture into several genres including soul, jazz and RnB. She is well-known for her songs Mahitshwana, Moratiwa and Black Mampatile.

In the fast-paced, cutthroat music industry, you could be here today but gone tomorrow, but for this dynamite singer, she has proven that she is here to stay.

The soulful singer yet again emerged a strong contender at the Yarona FM Music Awards. Amantle scooped two awards out of three nominations. Her popular song Black Mampatile has seen her taking the Best Single (Female) and Song of the Year award. There is no slowing down for this talented singer as she keeps entertaining her fans and they love her in return.

Amantle seems to see the need for a fresh, ethnic voice in the music scene and is set to carve that niche for her talented self. Her career is taking off.  The gifted singer is eager to grow an international fan base and wishes to collaborate with international artists in Africa and around the world. Amantle is set out to make an impact in as many ways as she can through her music.

If you love good music then check her YouTube chann