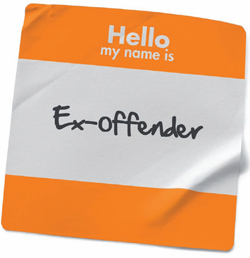 WASHINGTON (NNPA) – As the economy recovers and violent crime hits 30-year lows, lawmakers continue to trade in their tough on crime rhetoric for smarter measures, joining ex-offenders and workers rights advocates to advance fair hiring practices for the 70 million adults in the U.S. that have arrests or conviction records.

Recently, a diverse coalition of 181 groups wrote a letter to President Barack Obama urging him to take executive action to address discrimination in hiring practices.

The group was led by the National Employment Law Project (NELP), a non-partisan group that researches issues affecting low-wage and unemployed workers, All of Us or None, an organizing initiative started by formerly-incarcerated people to fight against discrimination faced by ex-offenders after their release, and the People Improving Communities through Organizing (PICO) Network, a collective of faith-based community organizations.

“Almost one in three adults in the United States has a record that will show up on a routine criminal background check,” the letter said. “This creates a serious barrier to employment for millions of workers, especially in communities of color hardest hit by decades of over-criminalization.”

According to The Sentencing Project, a research and training group that promotes criminal justice reform, even though Blacks account for about 13 percent of the U.S. population, almost 40 percent of people in state or federal prison were Black compared to 35 percent who were White. Black males have a 32 percent chance of serving time in prison and White males have a 6 percent chance.

Not only are African American men over-represented in the criminal justice system, they are also disparately impacted by discrimination in labor market, if they are convicted of a crime.

The January 2015 NELP report on fair hiring practices called those convictions a “modern scarlet letter” that have negatively impacted communities of color devastated by the “War on Drugs” and suffer higher rates of unemployment compared to Whites.

In the press release about the groups letter, Wade Henderson, president and CEO of The Leadership Conference on Civil and Human Rights, a coalition of more than 200 national rights groups stated, “Decades of over-criminalization have disproportionately harmed communities of color, leaving millions of Americans with lifelong barriers to economic security.”

The unemployment rate for Black men over 20 years old was 10.4 percent in February was more than double the jobless rate for White men (4.5 percent).

That economic insecurity doesn’t just linger in those communities of color, the damage has a ripple effect, spreading across the nation.

“Economists estimated that because people with felony records and formerly incarcerated people have poor job prospects, the nation’s gross domestic product in 2008 was between $57 and $65 billion lower than it would have been had they been gainfully employed,” stated the NELP report.

A 2013 NELP report found that 17 million FBI checks were conducted for employment screening purposes in 2012, but half of those records lacked updated information. Despite the high-level of inaccuracy, nine in 10 employers still conduct criminal background checks.

The NELP report on fair hiring recommended that President Obama issue a Fair Chance Hiring executive order “that incorporates the best practices implemented by private- and public-sector employers,” and also requires federal contractors to remove the criminal history question from the application and delaying the background check until the company offers the applicant the job.

The report said that the number of jurisdictions that have adopted “fair-chance” reforms is jumped from 20 in 2013 to 42 in 2014.

“Senators Corey Booker (D-NJ) and Rand Paul (R-KY) have introduced the REDEEM Act (S. 2567), which allows for the sealing and expungement of a range of federal juvenile and non-violent offenses, while also addressing the flaws in the FBI’s criminal records systems,” stated the report. “Congressmembers Bobby Scott (D-VA) and Keith Ellison (D-MN) have introduced companion bills (H.R. 2865/H.R. 2999) to improve the integrity of the FBI background checks conducted for employment screening purposes.”

During a recent conversation with David Simon, the creator of “The Wire,” President Obama said that even though the economy is recovering and unemployment is coming down drastically, low participation rates in the labor market continue to be a concern.

“When you breakdown why people are not getting back into the labor force even as jobs are being created a big chunk of that is the young male population with felony histories,” said President Obama. “Now where we have the opportunity to give them a pathway, they’re foreclosed.”

President Obama continued: “Here’s the good news: there is an increasing realization on the left, but also on the right, politically, that what we’re doing is counterproductive. Either from a libertarian perspective, the way we treat non-violent drug crimes is problematic, and from a fiscal perspective, it’s breaking the bank. You end up spending so much more on prison than you would with these kids being in school or even going to college, it’s counterproductive. We’re all responsible for finding a solution to this.”

Nation’s smallest small businesses get left behind during COVID-19