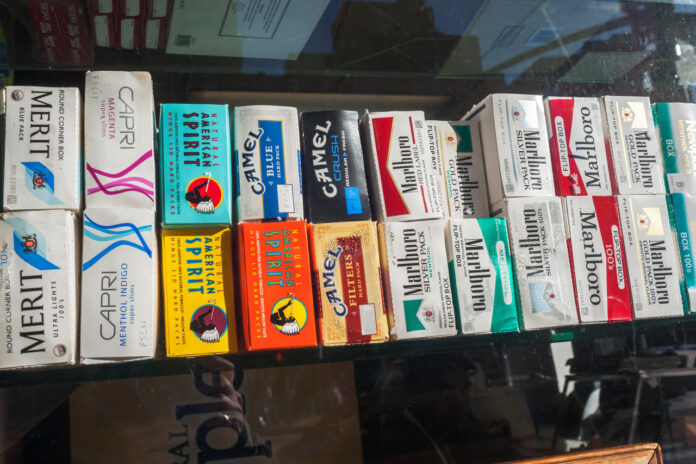 On June 13, Los Angeles Mayor Eric Garcetti signed into law an ordinance restricting the sale of menthol cigarettes and other flavored tobacco products. The ordinance is set to take effect on Jan. 1, 2023

Last year, a version of the ordinance that exempted menthol cigarettes was opposed by Black council members Mark Ridley-Thomas, Marqueece Harris Dawson and Curren Price. They argued that studies have found Black Americans are the racial/ethnic group most likely to use menthol cigarettes and are 25 times more likely than White Americans to do so.

“Menthol is included in this ban, as it should be,” Harris-Dawson said before the June vote on the ban was taken. “It is a flavor just like every other flavor and it would have been extremely disappointing if we had said we’re going to protect people and children from uptake of tobacco, except for the flavor that we know Black people first, and Latinos second, use the most.”

In July, California Attorney General Rob Bonta joined a bipartisan coalition of state attorneys general in urging the U.S. Food and Drug Administration (FDA) to adopt final rules for banning the manufacture and sale of menthol cigarettes and flavored cigars from the U.S. marketplace.

“Every day, hundreds of Californians will smoke their first cigarette and start down a dangerous path with devastating health consequences,” Bonta said in written statement. “There is no time to waste. I urge the FDA to quickly finalize proposed regulations banning menthol cigarettes and flavored cigars, which predominantly harm young persons and people of color. Any further delay will only cost additional lives.”

In the letter to the FDA, the attorneys general coalition highlighted the need to remove these products from the marketplace to protect public health and address the systemic and disproportionate impact of these products on vulnerable minority communities.

evidence and their “popularity in the Black community is not an accident,” the letter stated.

Overwhelming scientific evidence — including the FDA’s own findings and statements — leave no doubt that menthol cigarettes have far-reaching adverse impacts on public health, resulting in more smoking and more death and disease from tobacco use.

A recent study, published in Tobacco Control, found that menthol cigarettes “were responsible for 10.1 million extra smokers, 3 million life years lost and 378,000 premature deaths” between 1980 and 2018.

Menthol flavoring, which disguises the harsh taste of cigarettes, remains a primary reason why young people initiate and become addicted to smoking — with more than half of all adult smokers aged 18-34 introduced to smoking through menthol cigarettes.

In August 2020, Gov. Gavin Newsom signed Senate Bill (SB) 793, a bipartisan effort that eliminated flavored e-cigarettes, including the candy flavors and minty menthol cigarettes, which he said, “lure our kids” into addiction. SB

Last year, Newsom called on the FDA to ban menthol cigarettes, stating that it “will be an important step in the right direction.”

“I urge the federal government to follow California’s leadership to protect public health and advance racial equity by moving to ban menthol-flavored cigarettes,” Newsom stated in April 2021. “For decades, Big Tobacco has targeted and profited from Black communities with marketing for minty menthol cigarettes and as a result, smoking-related illnesses are the number one cause of death among Black Americans.”

In their letter, the coalition argues that the FDA’s proposed menthol ban is a critical step for advancing health equity and protecting public health and will not significantly increase illicit trade or preempt state or local restrictions.

“Removing menthol cigarettes from the U.S. market and prohibiting characterizing flavors in cigars is likely to reduce youth smoking initiation, improve smoking cessation outcomes in adult smokers, advance health equity, and benefit public health. Every year of inaction on these fronts costs thousands of lives and adversely affects the health of the public,” the attorneys general of 23 states and territories stated in a signed letter dated Jan. 22, 2021.

As the EPA introduces environmental justice office, the ‘mother of the movement’ remembers the Black women who led the battle