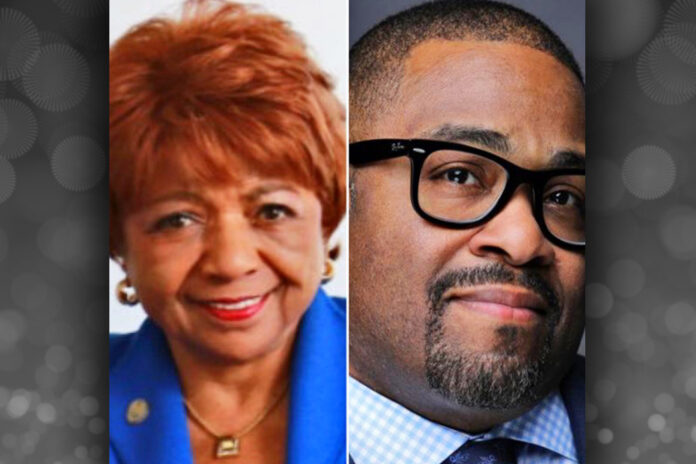 Effective Dec. 1, Alice Huffman will no longer be the president of the California-Hawaii State Conference of the National Association for the Advancement of Colored People (NAACP) due to “health concerns,” she tells California Black Media.

Rick Callender, former president of the San Jose-Silicon Valley NAACP and current CEO of the Santa Clara Water District, has been appointed to the position and will assume duties the day Huffman’s term expires.

In a written statement, Huffman first alerted the organization’s executive members of her intentions to vacate the office she has led for over two decades.

“Thank you for the opportunity to serve as your president since 1999. It has been a pleasure to serve with you, but all good things must come to an end. Due to health concerns, I tender my resignation as president effective December 1, 2020,” Huffman stated in her letter to members of the executive committee.

Huffman, who isn’t shy about sharing trials she has overcome in her life — including that she is a high school dropout — leaves the position of president after most recently being an outspoken supporter of multiple California 2020 election ballot initiatives, among them: Prop 15, Prop 21, Prop 22, and Prop 25.

The initiatives, most of them avidly backed or hotly contested by voters and policy makers, focused on a range of issues. From amending the state’s property tax system (Prop 15) and rent control (Prop 21) to the reclassification, under the state’s labor law, of app-based drivers and an increase to the minimum wage (Prop 22), the initiatives put Huffman in the crosshairs of groups that opposed her positions.

She sometimes found herself at odds with powerful African American political organizations, including the California Democratic Party Black Caucus on some of her positions.

In a written statement issued Nov. 20, Callender said he looks forward to filling the position left by his mentor, Huffman.

“Huffman has been one of the strongest NAACP leaders in the country and has truly accomplished a lot for African Americans and people of color in California, Hawaii, and across the nation,” Callender stated. “She leaves very big shoes to fill, and I look forward to leading the California-Hawaii State Conference of the NAACP starting December 1.  It has been a true honor to serve as her vice president on her leadership team for 19 years.”

Founded in 1909, the NAACP is the largest and oldest civil rights organization in the country. There are more than 2,200 units and branches across the nation.

The NAACP states that its mission is to “secure the political, educational, social and economic equality of rights in an effort to eliminate race-based discrimination.” It also works to ensure the health and well-being of all persons of color, its website says.

Huffman was elected president of the California-Hawaii NAACP Conference in 1999 and has won eight-consecutive elections. She is also a member of the National Board of the NAACP as well.

In Sacramento, Huffman runs her own consulting firm she founded in 1988 called AC Public Affairs, Inc.

On the morning of Nov. 20, Huffman submitted a written statement in full detail to California Black Media explaining her decision.

“After serving the African-American community as State president of the California-Hawaii State Conference of the NAACP for nearly 20 years, I will be resigning and turning the reins over to the next generation of leadership,” she wrote.

Huffman says stepping down is a decision that she has been grappling with for over a year now.

“With the victory at the top of the ticket to securing our African American leaders in the state of California, I can say ‘mission accomplished’ and now take a well-deserved rest,” she concluded.