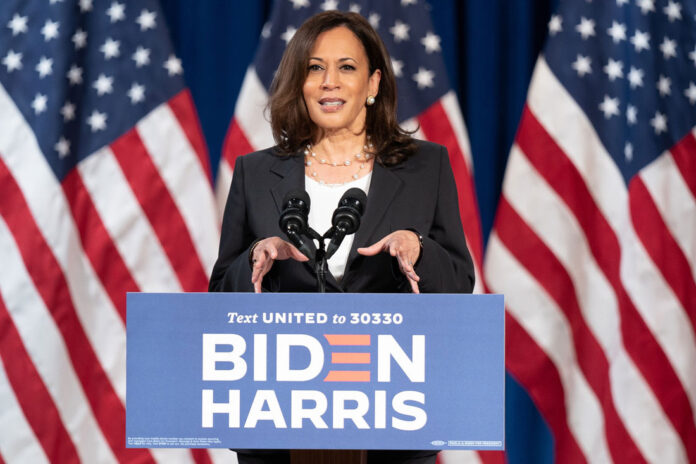 SACRAMENTO, Calif — Sen. Kamala Harris’s (D-California) journey to becoming the first Black and first woman vice president of the United States today has been marked by a line of other historic professional milestones, most of them achieved here in her home state.

Saturday, November 7, most national news networks have declared Joe Biden the winner of the 2020 election, although the Federal Election Commission has yet to finalize the results.

“Kamala Harris is one of the most experienced and gifted politicians in the world,” said Amelia Ashley-Ward, publisher of the San Francisco Sun-Reporter, the city’s oldest and longest-running African American newspaper. Ashley-Ward has followed Harris’s career since she worked as the district attorney of San Francisco. She was also an early supporter of the Vice President-Elect since she declared her own run for POTUS in 2019.

“I am proud that she has made another historic leap as the first woman and First African American Vice President of the United States,” Ward told California Black Media via phone.

After Harris completed two terms as the District Attorney of San Francisco, she was elected as the first African American and first woman to serve as California’s Attorney General.

In 2017, Harris was sworn in as the junior United States Senator for California. At the time, she also made history as the second African American woman to serve in the United States Senate after Carol Moseley Braun, who represented Illinois from 1993 to 1999.

In early August, Biden asked Harris to be his running mate and vice-presidential candidate, despite a contentious relationship between the two when they were racing against each other for the Democrat nomination to hold the highest office in the country.

Harris and Biden clashed over race relationships and bussing during a debate in June 2019. Harris had concerns about Biden’s relationships with known segregationist senators. and his former anti-bussing stance.

“It was hurtful to hear you talk about the reputations of two United States senators who built their reputations and career on the segregation of race in this country. And it was not only that, but you also worked with them to oppose busing,” Harris said to Biden during one of the debates.

“And, you know, there was a little girl in California who was part of the second class to integrate her public schools, and she was bused to school every day. And that little girl was me,” Harris chided Biden.

Harris and Biden were able to work out their differences. Harris, who is a graduate of Howard University in Washington, DC, has said that she does not believe Biden is a racist and has praised him for committing to the “importance of finding common ground,” she has since said.

Both Biden and Harris have said their disagreements are water under the bridge.

Now, the country has inherited one of California’s most powerful Black female politicians with a vast background in criminal law.

“Back when Kamala was Attorney General, she worked closely with Beau (Biden’s late son Beau Biden),” Biden said on his Twitter account after selecting Harris as his V.P. “I watched as they took on the big banks, lifted up working people, and protected women and kids from abuse. I was proud then, and I’m proud now to have her as my partner in this campaign.”

The U.S. Constitution mandates vacancies in the U.S. House of Representatives to be filled through a sanctioned election. But the Constitution works in a different capacity when installing a U.S. Senate vacancy.

According to the National Conference of State Legislatures, only three states allow the governor to make an appointment to fill a Senate vacancy temporarily, but only under very strict conditions.

California is one of the states that permits vacancies to be filled by a gubernatorial appointment. California Governor Gavin Newsom will have the authority of choosing Harris’s immediate successor.

Black leaders, political Black women organizations, and Black academics propose that the seat Harris is leaving should continue to be occupied by a Black person since Harris made history as the first African American from California to become senator — and since there are only two other Black Senators in the United States Congress.

Chaya Crowder, an African American Political Science professor at Loyola Marymount University in Los Angeles told California Black Media in August that Black women should not have to stand in line for things for which they have laid down the tracks.