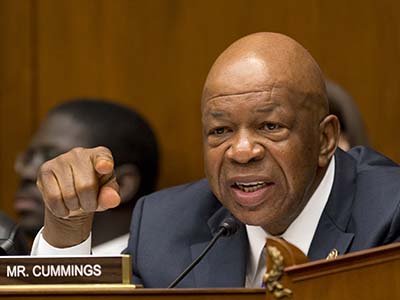 By Stacy M. Brown
Special to the NNPA from the Washington Informer

Voting rights continues to be the most pressing issue facing the Congressional Black Caucus, whose members have ramped up efforts to craft legislation that would restore key components of a 1965 bill which the Supreme Court struck down last year.

Congressional Black Caucus (CBC) Chair Marcia Fudge, (D-Ohio), met with civil rights leaders from the National Association for the Advancement of Colored People and the American Civil Liberties Union on May 2 to discuss strategies to push new legislation forward.

House Minority Leader Nancy Pelosi, (D-Calif.), also attended the summit in which officials discussed legislation introduced by State Rep. John Conyers (D-Mich.) and State Rep. Jim Sensenbrenner (R-Wisc.), which would require that any state with past voting violations be subject to federal approval before being allowed a change in their election laws.

“If you think about our voting rights, they are under vicious attack and you have legislators passing laws that are supposed to be anti-fraud, but we know that there is no fraud to speak of,” said Maryland Democratic Rep. Elijah Cummings, a veteran of the House of Representatives for more than 32 years and a CBC member.

Cummings said voting rights laws must be restored and the CBC has urged Republicans to help craft and pass a satisfactory bill before the congressional legislative session ends next month.

“Our values are expressed through our votes and if you cut off our voice, we have no way to express what our values are,” said Cummings, 63.

“I do believe that we are in a revolutionary period in this country where there is a tremendous effort to turn back the clock 100 years and I think we all have to be on guard.”

Since 2011, nearly 180 restrictive pieces of legislation regarding voting laws have been proposed in 41 different states and more than a dozen have passed bills that are detrimental to the rights of African Americans and other minorities, Cummings said.

At least 12 states have new requirements for voters to show proof of citizenship and, at least 13 states have laws limiting voter registration mobilization efforts and other opportunities, trends that trouble the CBC, he said.
Last year, the U.S. Supreme Court struck down a key provision of the Voting Rights Act of 1965. The provision, found in Section 5 of the law, provided a formula by which to identify states requiring federal oversight because of a history of discrimination against blacks and minorities.

In their 5-4 decision, the justices declared the rules supervising the original law to be outdated. The court suggested that Congress draft new provisions, but lawmakers have so far failed to act on that recommendation.
“We’re in the most intense national struggle over voting since the 1960s,” said Wendy R. Weiser, a program director for the Brennan Center for Justice in New York.