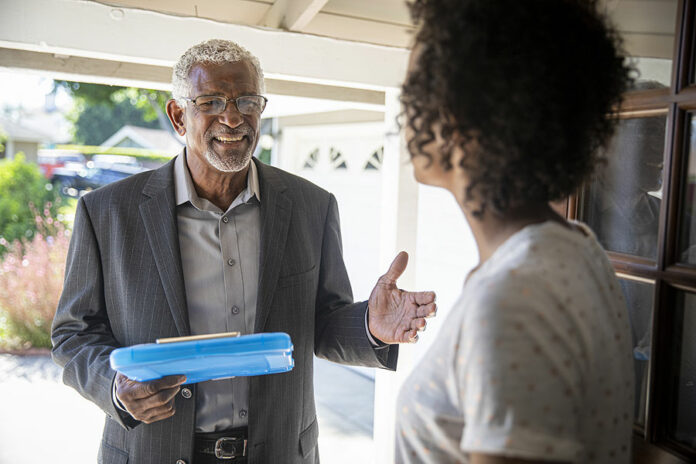 At a news conference at Arena Stage in Washington, D.C., Census officials revealed that they would have more than 1,000 ads that target a range of demographics in 13 different languages. Those ads are projected to reach 99 percent of U.S. households.

Nearly $38 million – or approximately 16 percent – of the paid media budget is earmarked toward African American and black audiences.

The “Shape Your Future. Start Here,” tagline is geared to helping underscore the notion that people can shape their future by responding to the 2020 Census.

At a news conference at Arena Stage in Washington, D.C., Census officials revealed that they would have more than 1,000 ads that target a range of demographics in 13 different languages. Those ads are projected to reach 99 percent of U.S. households.

“The 2020 Census is here and like we say in the ad: ‘Across America, we all count,’” Steven Dillingham, director of the Census Bureau, stated at the news conference.

“The 2020 Census is your census, and its success depends on you. It’s a once-in-a-decade chance to inform how billions of dollars in funding are allocated for critical public services like hospitals and health care clinics, schools and education programs, roads and bridges, and emergency response for the next 10 years,” Dillingham stated.

“Through advertising, public events, partnerships and digital and traditional media, we are embarking on a nationwide effort to let everyone in the country know about the upcoming 2020 Census and encourage them to respond online, by phone or by mail.

“And we are extremely committed to reaching those people who are historically undercounted.

The communications campaign includes television and radio commercials, digital, social media and print advertising and messaging on billboards and at bus stops.

During the conference, several samples of the video advertisements were previewed.

In one video, children were featured teaching adults how to count their forms. The ad aims to curb the routine undercounting of children.

In another ad that’s specifically geared to African Americans called “The Mural,” Census officials highlight a desire for an accurate count in the black community.

“Taking the 2020 United States Census impacts how funding flows in our communities for many programs and services,” the ad notes. “Because when a community comes together, anything is possible.”

The ads will run on television, radio, the internet, newspapers, magazines, billboards, and various special events.

Bureau officials said there are three main phases of the campaign: Awareness, Motivation, and Reminder. The first began on Tuesday, January 14, the day of the news conference, and will run through March.

The Motivation phase will highlight how easy it is and the benefits of completing the Census, which can be done online, by telephone or through the mail.

During the Reminder phase, officials plan to mount a campaign that points out the urgency to count everyone with as many as 500,000 census takers and other employees swarming the nation seeking to collect data from all residents.

Census officials emphasized the importance of digital for the campaign.

About 29 percent of the paid media portion of the ad budget is allocated toward digital and social media channels; only television, at 39 percent, has a larger allocation. Johnson noted that as many as 65 percent of people are expected to complete the Census online this year.

The 2020 Census is billed as the most extensive collection of statistical information on everyone who lives in the United States and is required by the U.S. Constitution.

Responses to the 2020 Census will shape how more than $675 billion in federal funding is distributed to local communities.

The U.S. Census Bureau’s goal is a complete and accurate count and, utilizing paid media is a critical component of the campaign, officials stated.

In spreading ad dollars, the U.S. Census Bureau has decided against advertising in the Super Bowl this year after previously running ads in 2010 and 2000.

“It isn’t an efficient spend of taxpayers’ dollars,” Alex Hughes, a census program director at VMLY&R, which is handling the campaign, told reporters.

“The work, research and dedication that has gone into this campaign is unmatched to that of any previous censuses,” stated Kendall Johnson, executive director of the communications contract for the Census Bureau.

“Our outreach is multifaceted with a heavy focus on increasing response among groups that are historically undercounted. And it’s based on the most extensive research ever conducted to understand both what motivates people to respond to the census and what prevents them from responding,” Johnson stated.