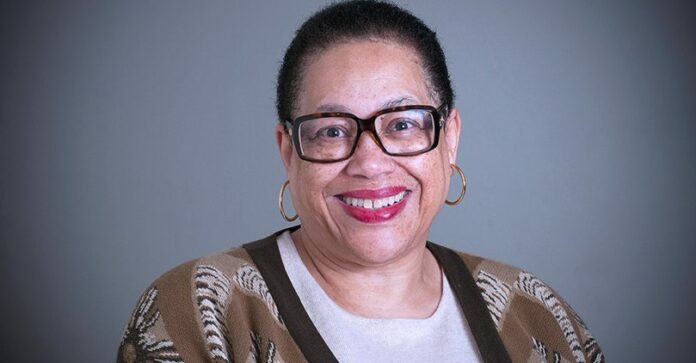 Now is also a time to remember that regardless of race or ethnicity, our history chronicles the range of hate crimes that have taken the lives of Latinos as well as Native Americans, Blacks, Jews, and the LGBTQ community. The terror now facing America’s Latinos resurrects these horrors, particularly how Blacks encountered racial hatred for more than a century during Jim Crow era and later during the civil rights struggles of the 1950s and 1960s.

A Saturday morning shooting rampage in El Paso, Texas on August 3 took the lives of 22 people, and seriously injured more than two dozen others. Reportedly, the alleged shooter wanted to kill as many Mexicans as he could. Armed with safety glasses, ear coverings and an assault-style rifle, the shooter entered a Walmart store during a back-to-school sale.

“Saturday’s attack on El Paso was an attack on the Mexican heritage of millions of Americans – and also part of a history of white supremacist and nativist acts in Texas across three centuries,” wrote Hector Tobar, in a recent New York Times op-ed. Tobar, an associate professor at the University of California at Irvine is also a published author.

Later that day during evening hours and nearly 1,600 miles away in Dayton, Ohio, another gunman’s attack left 9 people dead and 27 injured in that city’s Oregon district. Like the Texas shooter, Ohio’s shooter was heavily armed but was shot by police before he could enter a nightclub where he could have killed far more. The victims of this shooting reflected the city’s diversity and included Blacks, Latinos, and whites.

How in a span of only 24-hours, could two cities in different states and regions suffer mass shootings – one in a city only a few miles from the nation’s southern border, and the other, a former Midwestern manufacturing hub?

Despite the shock of two unprovoked attacks, family and community members in both cities must somehow cope through their grief while preparing funeral arrangements. These two communities are also challenging governmental officials at both the state and federal levels to take actions to prevent further fatalities.

Nationally, a profusion of prayers and condolences from the nation together signaled that a tragic moment may yet be transformed into a groundswell movement that reckons with the American conscience. The profusion of assault weapons combined with easy access is a gripping issue that confronts us all.

In response to these and other tragedies, a rainbow coalition of leaders held a noon rally on August 6 in the nation’s capital. In a joint statement, the Leadership Conference for Civil and Human Rights was joined by key partners including but not limited to the NAACP Legal Defense Fund, Voto Latino, the Center for Community Self-Help and the Center for Responsible Lending.

“None of this is acceptable,” said the leaders in a written statement. “None of this is normal. Our organizations are united in saying that Members of Congress can no longer look away as communities of color are murdered with impunity. We must all unite and demand accountability.”

The NAACP is additionally calling for the passage of the bipartisan Background Checks Act of 2019. Passed on a bipartisan House vote of 240-190 on February 27, the bill has yet to be taken up by the Senate. The bill would address both background check requirements for firearms, and firearm transfers between private individuals.

Beyond congressional actions, however, other spheres of influence can also take an active role in curbing violence. For example, corporate leaders could publicly condemn efforts to demonize immigrants, minorities or other groups targeted for hate crimes and violence. In pulpits across the country, pastors should preach about the moral dilemma the nation faces and call upon congregants to live their faith every day. Community-based organizations can call upon state and local officials to also speak out against senseless acts of violence and white supremacists.

Now is also a time to remember that regardless of race or ethnicity, our history chronicles the range of hate crimes that have taken the lives of Latinos as well as Native Americans, Blacks, Jews, and the LGBTQ community. The terror now facing America’s Latinos resurrects these horrors, particularly how Blacks encountered racial hatred for more than a century during Jim Crow era and later during the civil rights struggles of the 1950s and 1960s.

Too many times in recent years, our unique Black American experience we remain at risk as a people. In 1998 the body of James Byrd, a black, 49-year old Jasper, Texas man was ripped to pieces as it was drug over a mile and a half by whites driving a pick-up truck. Other and more recent heinous hate crimes remind us of Trayvon Martin, Michael Brown, Eric Garner, and Tamir Rice – just to name a few.

According to Rutgers University, Black men today are 2.5 times more likely than white men to be victims of violence. From 2013 to 2017, 11,456 fatal encounters with police and members of the public were reported.

At the same time, the emergence of hate groups has been on the rise, according to the Southern Poverty Law Center (SPLC).

“The total number of hate groups rose to 1,020 in 2018, up about 7 percent from 2017,” wrote Heidi Beirich, who leads SPLC’s Intelligence Project and its award-winning publication, The Intelligence Report.

Its report released this February found that white nationalist groups grew from 100 in 2017 to 148 the following year, 2018 – a 50% growth. Other hate groups – anti-Semitic, anti-LGBTQ, and anti-Muslim — also grew during these same years from 233 to 264. While the Ku Klux Klan dominated hate groups in the Jim Crow and civil rights eras, its presence across the country now appears to have been eclipsed by the growth of neo-Nazis, white nationalists, and skin head organizations.

SPLC’s Hate Map by State shows that the largest number of statewide hate groups are located in California (83), Florida (75), and Texas (73). At the local level, additional hate organizations currently operate in Dallas, Los Angeles, San Diego, and Tallahassee. Beyond these three states, hate groups can also be found in 45 other states and in more metropolitan areas such as Atlanta, Chicago, New York City, Sacramento, Philadelphia and Pittsburgh.

Just as the assassination of Dr. Martin Luther King, Jr. prompted the enactment of major civil rights legislation, now is another time for our nation to stand up to the many forms of domestic terrorism that plague the nation. People of conscience and principle have a duty to stand up, speak out for the fullness of our “inalienable rights”.