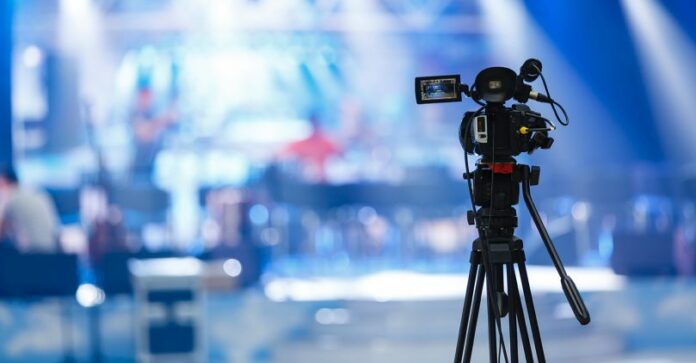 “The statistics confirm that sexual harassment is alive and well across all industries and women of color working low-wage jobs are facing the brunt of this abuse,” Emily Martin, the vice president of Education & Workplace Justice at the National Women’s Law Center, said in response to those statistics.

In a world with an ultra-competitive, 24-hour news cycle, journalists are often urged by their editors and publishers to be first with the story.

Unfortunately, in doing so, some have traded accuracy for sensationalism.

Being first to break a story might provide accolades and even financial rewards, but whether printed, published online, or broadcast, a journalist’s words can have serious repercussions for both the accuser and the accused.

A 2018 Pew Research survey found that about two-thirds of American adults (68 percent) say they at least occasionally get news on social media. About the same percentage share the news and information that they find on social channels.

While Pew notes that many of these consumers are skeptical about the information they see there, noting that a majority (57%) say they find information on social media to be inaccurate, the pervasiveness of social channels makes it more imperative than ever for the press to present facts and stray from innuendo.

In some cases, mainstream media has failed to adequately report or focus on stories that would benefit the public.

For example, FBI statistics indicate that more than 424,000 girls have gone missing since the beginning of 2018, yet many say the media hasn’t done enough to shine a light on the crisis, which includes a large number of African Americans.

Take for example the case of  Emmett Till, the black teen lynched and killed by white men after he was falsely accused of whistling at a white woman in Mississippi in 1955.

Author Michael Oby noted that the Black Press shed light on Emmett Till’s brutal murder and continued to press the case for decades afterwards. Though Emmett’s killers never spent a day in prison, in the APMreports series, “In the Dark: Acquitting Emmett Till’s killers,” Peter Vesco notes, “Pictues of Till’s battered, unrecognizable face were printed in JET magazine and publications across the country. News of his hideous lynching led to outrage around the world.”

Oby said news coverage by the Black Press proved to be crucial in the mobilization of African Americans at that time because it ignited the civil rights movement of the mid-1950s.

In a 2007 interview with historian Timothy Tyson, Carolyn Bryant, wife of Roy Bryant, one of the two men who faced trial for the killing, and Emmett’s false accuser, admitted that she lied, and in 2018 federal prosecutors reopened the case.

Today, it may be difficult for some to maintain high journalistic standards, especially since so many ‘citizen reporters’ are using cell phones and other handheld devices to chronicle criminal activity and expose wrongdoing that would have otherwise never been seen – or believed.

Diamond Reynolds filmed the police shooting of her fiancée, Philando Castile, who was pulled over by an officer because his car’s break light wasn’t working.

While the officer claimed he feared for his life because Castile was reaching for a gun, Reynold’s video showed that Castile informed the officer that he had a firearm and was licensed to carry it. It also showed that he never reached for it.

During that same year, cellphone video captured the tragic moment when 12-year-old Tamir Rice was shot and killed by police, just seconds after exiting their patrol car, while he was playing in a park in Cleveland with a toy gun.

A police dispatcher had alerted Timothy Loehmann, the officer that fatally shot the boy, that Tamir had a fake gun when she sent authorities to the scene, but Loehman still got out of his car and shot the young boy to death.

Ava DuVernay’s recent documentary, “When They See Us,” has brought attention to the “Central Park Five,” a group of young men who spent eight years in prison after being falsely accused of raping a woman in New York’s Central Park in 1989.

Much has been made about Donald Trump’s position on that case, including when he took out full-page ads in several New York newspapers calling for the death penalty after the incident.

But very little attention was given to the failure of the press to accurately report that story. Instead, the media sensationalized. For his part, Trump continues to refuse to acknowledge that he was mistaken and apologize to the young men who were ultimately exonerated.

When asked by a reporter in mid-June whether he would apologize, Trump replied, “Why do you bring that question up now? It’s an interesting time to bring it up.  You have people on both sides of that. They admitted their guilt. If you look at Linda Fairstein and you look at some of the prosecutors, they think that the city should have never settled that case, so we’ll leave it at that.”

Recently, the recurring challenge for journalists has been demonstrating fairness and objectivity in the wake of the #MeToo movement, founded by Tarana Burke in 2006 to help survivors of sexual violence.

Because there are often no other fact witnesses to the allegations levelled by accusers or corroborators that support the denials made by the accused, #MeToo’s gray areas have proven to be the places where the media fails to adequately practice journalistic standards or exercise caution. Many accusations associated with #MeToo have been substantiated. However, others were proven false.

It Matters if You’re Black or White

The National Organization of Women – or NOW – noted that, for African American women, sexual assault and violence are “incredibly pervasive issues that routinely go unreported and under-addressed.”

Data shows this is true regardless of the type of industry.

“Black people in the United States have never been given a presumption of innocence in the criminal justice system. Their entire relationship to justice is not a standard of ‘not guilty’ but one of ‘not guilty, yet,’” said Innocence Project Senior Staff Attorney Karen Thompson, who released a report earlier this year that revealed that more than 220 black men have been exonerated by DNA while on death row after they were falsely convicted of various serious crimes.

“The statistics confirm that sexual harassment is alive and well across all industries and women of color working low-wage jobs are facing the brunt of this abuse,” Emily Martin, the vice president of Education & Workplace Justice at the National Women’s Law Center, said in response to those statistics.

Sexual assaults and harassments are serious charges and false accusations can be devastating and career-ending, especially when amplified by news reports.

For example, in 2018, multi-talented actor, singer and songwriter Jamie Foxx was accused of assaulting a woman after she allegedly refused to perform a sex act.

The woman reported the 2002 incident to Las Vegas police and the media seized upon it, threatening Foxx’s career.

Foxx’s attorney said his client didn’t even know the woman, but reporters still swarmed to get her story.

“Jamie emphatically denies that this incident ever occurred,” Allison Hart, Foxx’s attorney said in a statement.

“The first time [Foxx] became aware of this woman’s absurd claims about an incident that supposedly occurred 16 years ago was when [celebrity website] TMZ contacted his representatives about this story,” Hart said.

Eventually, Foxx was cleared of any wrongdoing, but little was written about his innocence.

Even in instances where the truth is not immediately evident – a he said/she said scenario – like that faced by entertainment mogul Russell Simmons, the press has an obligation to objectively present the facts when reporting the story.

Simmons, who maintains that he’s never been violent with a woman or forced any to have sex, said aspects of the #MeToo movement will help ensure that his own daughters will have a better future.

“I see no benefit in getting in the mud with my accusers or the media,” Simmons said. “I’m certain that my truth will come out sooner or later.”

To accuse someone who was doing the kind of work Simmons was doing – “using his money and fame to raise more [money] to help those who needed it, you have to wonder why?” said Barbara Mealer, author of the novels “The Jillian Factor” and “Abilene: No Place to Hide.”

“The media must ask these questions before running with a one-sided story: Did he reject them? Were they just trying to get even with him for some slight? Were they just jumping on the bandwagon so they could get notoriety?” Mealer said.

One high-profile individual who requested anonymity for this article, told NNPA Newswire that, “There’s a case pending against me, which my lawyers said will probably be dismissed shortly and the court has indicated it will be.”

“I’m lucky, right? But, why do I have to spend $600,000 or whatever the number is, to defend myself against a woman who said I did something not her 31 years ago and I don’t ever remember meeting her and she couldn’t produce one friend who she ever told she knew me or one photo or one thing to prove that she ever met me,” the individual said.

The media has been guilty of exacerbating claims, including those of Jackie Coakley, who provided an unsubstantiated story to Rolling Stone magazine that formed the basis of 2015’s “A Rape on Campus,” saying that she had been gang-raped by fraternity members at the University of Virginia.

The story went viral, making headlines in newspapers and television news broadcasts throughout the country, until it was discovered that Coakley made up the story. Even using fake text messages to support her false claims.

Rolling Stone reporter Sabrina Rubin Erdely failed to verify Coakley’s story and the magazine ultimately settled the lawsuits with the fraternity and its members.

In 2013, blogger Susan Shannon accused Col. David “Wil” Riggins of sexually assaulting her in 1986 while they were both cadets at West Point. The allegations caused Riggins to lose a promotion to general, leading him to retire. A jury heard both sides and sided with Riggins, awarding him $8.4 million in damages.

A July 2019 Forbes Magazine article referenced an earlier story in The New Yorker. Jane Mayer’s piece is highly critical of the frenzy that led to the forced resignation of Al Franken from the Senate.

“Every accuser should be heard, but their rights should be no more substantial than the accused, a fact that separates the United States from every other country,” New York-based marketing strategist Tracey Campbell said. “The press must be above that and must recognize that the burden of proof can’t be found in one corner or the other, even when a reporter is convinced the accuser is telling the truth,” Campbell said.

“Believe women,” a slogan that gained popularity during the Supreme Court confirmation hearings for Brett Kavanaugh, refers to the need to accept women’s allegations of sexual harassment or sexual assault at face value. Don’t assume women as a gender are especially deceptive or vindictive and recognize that false allegations are less common than real ones, says Elle Magazine’s Sadie Doyle.

The professional press has an obligation to do as much as possible to “get it right,” present a fair and balanced summary of the facts to its readers and resist the urge to encourage a presumption of guilt.

Black for a Minute