Home Opinion and Commentary COMMENTARY: Michael Bloomberg, King of Stop and Frisk, Tries to Make Everyone... 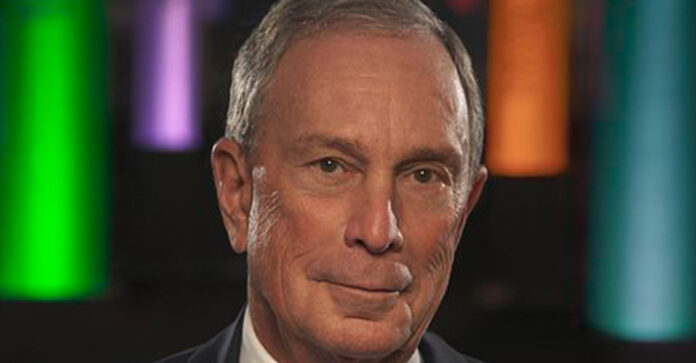 Michael Bloomberg was Mayor in New York from 2002 to 2013. When new Mayor Bill DeBlasio took office in 2014, and after an ACLU lawsuit against New York City, the stop and frisk program was greatly reduced. All the theories that stop-and-frisk reduced crime were disproven by crime stats going down along with the use of the policy.

Now Bloomberg is running for President and his use and endorsement of a policy targeted to minorities and members of the Muslim faith is again under discussion. This week Bloomberg lied and said he hadn’t been asked about stop-and-frisk until his run for The White House.  Bloomberg’s money has allowed him a place on the national debate stage at a time when a creeping sense of doubt remains regarding the Democratic candidates currently competing.

There are now “more billionaires than Black people in the 2020 race,” said Sen. Cory Booker (D-NJ) after Sen. Kamala Harris (D-CA) dropped out of the presidential race on December 3.

“Stop and frisk was an outdated and unfounded law enforcement policy of racial harassment. It harmed Black communities and communities of color and did not make us any safer. Police officers regularly violated rights by stopping a disproportionate number of Black and Latino New Yorkers who they often threatened or physically harmed. These stops rarely ended in an arrest and mostly served to terrorize and criminalize our communities,” said Monifa Bandele, Vice President of MomsRising who is a long-time New York City resident and an expert on criminal justice.

The effects of this destructive policy had a profound psychological impact, too. It affected how young Black and Latino men lived their lives in their own neighborhoods, it increased feelings of stress, anxiety and trauma, increased racial discrimination in a city already struggling with massive inequality,” Bandele told NNPA.

But Bloomberg continues to attempt to minimize the impact of a policy that impacted thousands of New Yorkers over ten years during his time as Mayor. Even though the current presidential race just lost a candidate, Sen. Harris, who repeated the line “justice is one the ballot,” another candidate who is likely to bring up Bloomberg’s achilles heel will be on the stage.  Sen. Booker is likely to bring up justice reform and stop-and-frisk if he is on stage with Bloomberg.

Lauren Victoria Burke is an independent journalist for NNPA and the host of the podcast BURKEFILE. She is also a political strategist as Principal of Win Digital Media LLC. She may be contacted at LBurke007@gmail.com and on twitter at @LVBurke