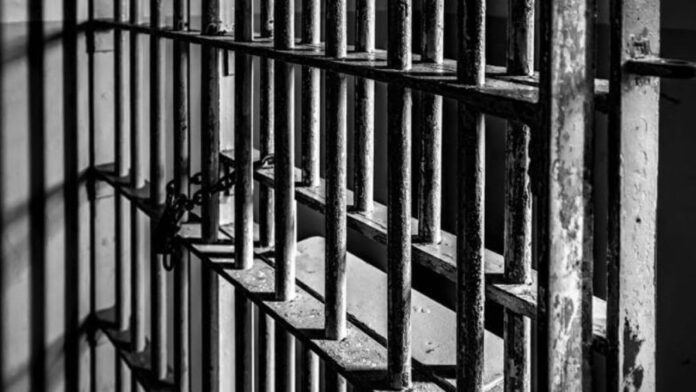 Prison officials announced July 10 that an estimated 8,000 incarcerated individuals will be eligible for early release by the end of August, in order to stem the COVID-19 outbreak in California’s prison system.

“These actions are taken to provide for the health and safety of the incarcerated population and staff,” California Department of Corrections and Rehabilitation (CDCR) Secretary Ralph Diaz said. “We aim to implement these decompression measures in a way that aligns with both public health and public safety.”

Multiple prisons in California have become COVID-19 hotspots in recent months. According to the CDCR, 2,286 incarcerated people have tested positive for the virus and 31 have died across the state’s prison system as of July 10.

CDCR prison population reduction guidelines prioritize the release of incarcerated people who have 365 days or less to serve in their sentences; are not currently serving time for domestic violence or violent crimes; and have no convictions that require them to register as sex offenders. While individuals age 30 and over who meet these criteria are immediately eligible for release, those age 29 or younger will be considered on a case-by-case basis.

“We have an unprecedented moment in time to actually augment the work of prison reform and the reduction of the already overcrowded conditions that have persisted,” said Joe Paul, Managing Director of the Los Angeles Regional Reentry Partnership and Director of Political and Civic Affairs, City of Refuge Church-L.A.

The announcement follows a July 8 press conference organized by the #StopSanQuentinOutbreak Coalition to amplify concerns of the people incarcerated at San Quentin, the oldest prison in California. Some elected officials attended the press conference, including Senator Scott Weiner (D-San Francisco) and Assemblymembers Marc Levine (D-San Rafael), Ash Kalra (D-San Jose), and Phil Ting (D-San Francisco), as well as family members and friends of people currently incarcerated at San Quentin, which is located north of San Francisco, across the Golden Gate Bridge, in Marin County.

According to the CDCR, San Quentin, which is a men’s prison, has had 1,880 positive cases among its incarcerated population and staff as of July 10. In June, Amend at UC San Francisco, an advocacy organization focused on changing negative aspects of correctional culture, and Berkeley Public Health released a memo calling for the state to reduce the prison’s population to below 50% of its current capacity.

“It’s a concern, always has been. We have not been shy about leaning in on this over the course of many, many months,” said the governor. “We still have a lot more work to do and we recognize our responsibility.”

As a longer-term strategy to reduce the state’s prison population beyond the San Quentin drawdown, Paul said decision makers in California’s criminal justice system should “assess the state’s prison population and identify low-risk or elderly inmates that could successfully do the minimum required time for their conviction and receive adequate rehabilitative support, while incarcerated.”

“Then they should be released based on good behavior and other suitability conditions for successful reintegration into community,” he continued.

“We [the Coalition] continue to agree with the public health experts who have said that at least a 50% reduction in the incarceration rate is necessary for public health safety, not just for people inside the prison but people outside of prison,” the activist said.

But he says getting to the 50 percent goal will not be immediate.

“This is less than a 10% reduction, over the course of several months. So it’s really modest. It’s an improvement, but it’s an incremental one. We need bold decisive action here,” King said.

Previously incarcerated at San Quentin, King was released last December. For him, there are other ways the state could assist incarcerated people once they are released.

“According to the CDCR, about seventy percent of people consistently have somewhere to go. Also, there’s Project Roomkey, in which the state has paid for several hotel rooms,” King continued. “Our suggestion would be that they be allowed to go there for the first 14 days post-release in order to safely quarantine, and then return to their families.”

At the press conference, Assemblymember Levine called for sustained action.

“We must sustain our attention here at San Quentin, and at every facility where people are sentenced for time and locked up across the state of California,” he said. “We need to sustain this attention because unfortunately COVID-19 is not going away. So we can’t let our guard down.”

Activists say they want the state to base inmate releases on data and best practices learned from past experience.

“The science of people aging out of crime, as well as the CDCR’s own risk assessments that have identified tens of thousands of people as low risk for recidivism or violence” should be the criteria, King said. “And we stand by ready to help facilitate and use our resources to facilitate safe reentry.”