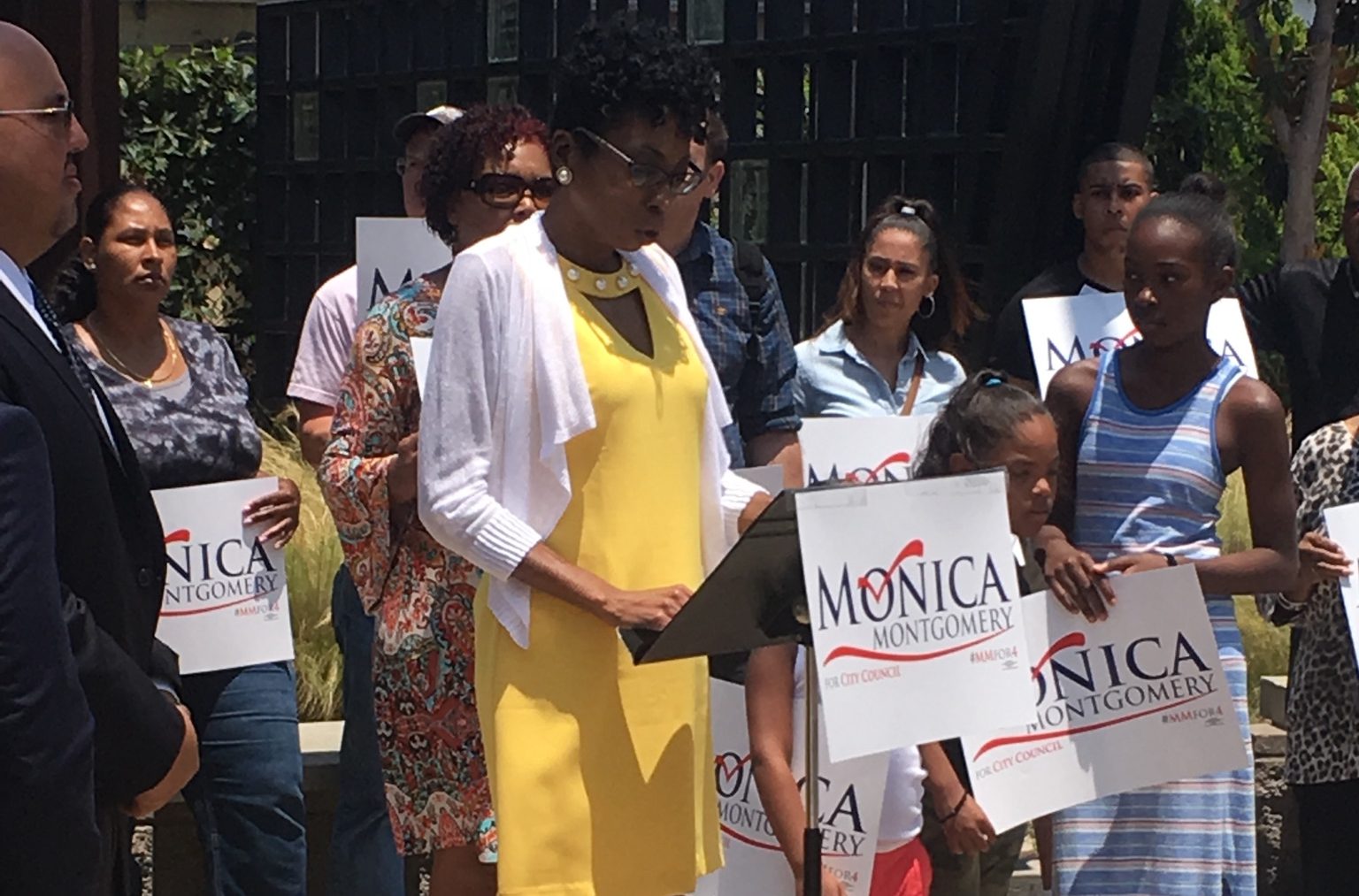 SAN DIEGO—Attorney, community advocate, and policy expert Monica Montgomery announced on June 30 that she will be running for San Diego City Council.

“I am proud of my community’s strength, resilience, and tradition of bold leadership,” said Monica Montgomery. “It is with this legacy in mind that I announce my candidacy for the District Four City Council seat. I will bring courage, consistency, and a ‘community first’ mindset to city hall. I look forward to the race ahead.”

Monica Montgomery grew up in City Council District Four. A true policy wonk, she is the perfect combination of knowledge and passion. A native San Diegan, Monica’s legal career has been dedicated to the improvement and uplifting of the city of San Diego as a whole and the city’s Fourth City Council District. Montgomery’s priorities for the district include police reform, safe communities, economic opportunity, better neighborhood services, and transparency in government. She currently works as a criminal justice advocate for the ACLU of San Diego and Imperial Counties, where she leads the local campaign to reform the money bail system.

Prior to her work for the ACLU, Montgomery worked for the City of San Diego as a policy advisor and community representative for Councilmember Myrtle Cole, Mayor Kevin Faulconer, and Councilmember Todd Gloria during his term as interim mayor. During her time at the City she specialized in criminal justice and public safety, neighborhood revitalization, workforce and small business development, and youth services.

Beyond her legal advocacy, Monica is highly involved in community work. She serves on a number of boards, commissions, and committees in the city, including the San Diego Arts & Culture Commission (Advisory Panelist), ABC Children’s Foundation (Board Member), the Bayview Community Development Corporation (Board Member and Personnel Committee Chair), and the Education Committee at her church, New Seasons, where Bishop A.B. Vines presides. Monica is a member of the Earl B. Gilliam Bar Association, the San Diego Progressive Democratic Club, the National Association for the Advancement of Colored People, and the Black American Political Association of California.

When asked why she is running, Monica said, “I’m running because the residents of district four need a voice at city hall. We need a representative who will put community first, without the influence of special interests. I will bring a fresh and informed perspective to city hall that will benefit our neighborhoods. I’m ready to continue my life long work of making the government work for the people.”

BREAKING NEWS: Alicia Wilson to join JPMorgan Chase as the Managing Director and Head of North America for Regional Philanthropy