Home National Day 3 of Derek Chauvin Trial: ‘I Don’t Respect What You Did,’...

If the trial of Derek Chauvin, charged with the murder of George Floyd, was a sporting contest with the score kept at the day’s end, the score would be witnesses and Black progressive humanity—one, Chauvin and the system of policing—zero.

Sixty-one-year-old Charles McMillan took the stand today and when introduced by the prosecution he admitted that he only had a third-grade education. But his lack of education did not dim his humanity, his heart, or his courage. The court had to take a break as he broke down during testimony.

The image of his weeping was stark because he didn’t look like a man that was prone to crying in public or breaking down, but he could not hold back his emotions as he watched the video and relived what he saw perpetrated upon a human being last May 25.

Video in court showed that McMillan courageously walked over to Chauvin, a man who had just killed another man in broad daylight and asked him why. The audio was not clear, but Chauvin said, as if already preparing his defense, “I had to control him because he is a sizeable guy. He looked like he was probably on something.”

McMillian boldly told Chauvin, “I don’t respect what you did.” Chauvin coldly responded, “That’s one man’s opinion.” It turns out, it’s the opinion shared by tens of millions. The older Black man told the jury that he now saw Chauvin as a “maggot.”

Young Christopher Martin, who was working at Cup Foods as a cashier and confronted Floyd about a disputed $20 counterfeit bill, also took the stand. He seemed to regret his decision to alert the manager about the situation. He said he considered “eating the loss.”

He said he felt stunned and full of regret over what happened to Floyd. “If I would have just not taken the bill, this could have been avoided,” he said. He also acknowledged that it was possible that Floyd was not aware that the bill was counterfeit.

Martin was neither the best witness for the prosecution or a good one for the defense. Through his testimony, the defense was able to reinforce the idea, however, that Floyd was high on something. Martin said Floyd seemed high and struggled to get some words out. But he also said he was able to hold a conversation and seemed friendly.

Incidentally, Martin likely got the jury’s attention when he said that the ambulance did not take the direct route to the hospital—which he noted would be to head north on Chicago Avenue—but rather took a left turn down 38th Street, which indicated to him that Floyd was dead. He said he deleted the cellphone footage he took once he concluded that Floyd had died.

Another day of trial, another referendum on policing in the United States

The prosecution submitted into evidence bodycam footage from the officers that was played back-to-back. Throughout the footage, Floyd appeared paranoid and afraid of the police. But considering the history of U.S. policing, it is not irrational for a Black man to fear for his life when approached by police. 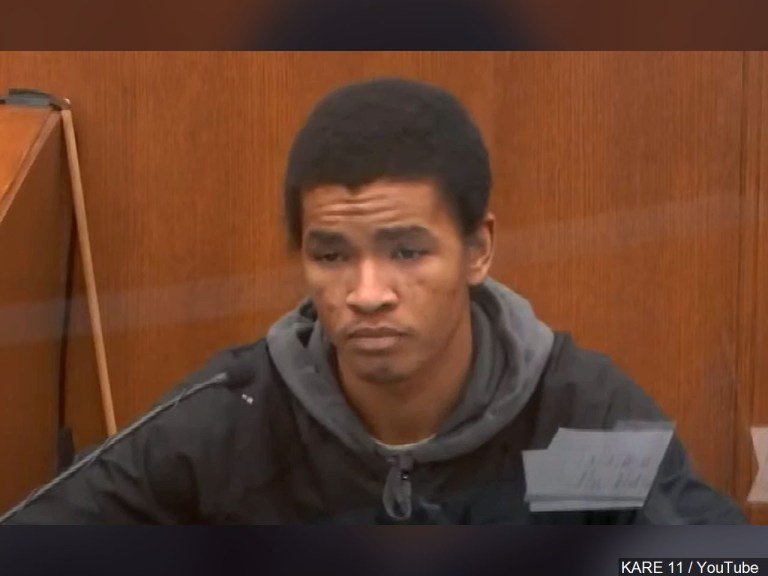 The bodycam video revealed that one of the first cops on the scene pulled a gun and pointed it at Floyd while he was sitting in the car. The police pulled a pistol on a man for trying to pass a counterfeit $20 bill. Where is the sense of proportion, one might ask?  Their behavior reinforced the idea shared by many that when Black folks are involved, the police lose all sense of propriety and reason.

Not only can the police be seen detaining him for a minor offense, but with absolutely no evidence at all, the cop on the scene said he was being arrested for forgery. But possession of counterfeit money is not the same as being the creator of counterfeit money.

The bodycam footage also showed that the police treated the passengers in the car as criminals as well, demanding that the pair produce identification. When they asked questions, the cop gave the excuse for harassing them that Floyd was in some kind of trouble.

Incidentally, the woman and man in the vehicle with Floyd said that Floyd had just given them a ride and that he was “a good guy.” The woman seemed to say, by pointing at her head, that Floyd was suffering from some mental issues. But that didn’t matter to the cops who later continued to press on a man who was clearly panicked and terrified of them.

The police could have written him a summons and walked away. But they did not.

There was one poignant exchange that may work in Chauvin’s favor as the trial goes on. After Floyd said he couldn’t breathe, one of the officers replied flippantly, “You are talking.” Rumor has it that officers have said in the past they were taught in the academy that if someone is talking, they can breathe.

The footage appeared to indict the three other former officers charged in Floyd’s murder, Thomas Lane, J. Alexander Kueng, and Tou Thao. Their absolute indifference to Floyd’s suffering won’t likely help their case. Police camera footage revealed that during much of the 9 minutes and 29 seconds that Chauvin had his knee on Floyd’s neck, Kueng appeared to be pressing his full weight on Floyd’s back.

The trial closed with Chauvin’s body camera footage, which was brief because he suddenly lost his body camera, which could be seen lying underneath the police cruiser.