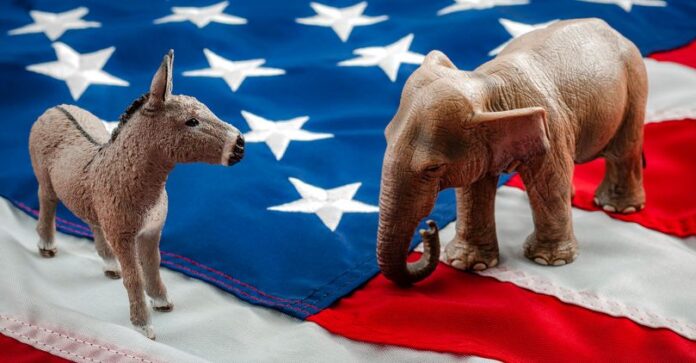 Election night proved as much an indictment on current Democratic leadership and the party’s inability to pass meaningful legislation. It also was a show of strength by Republicans as they continue to unite after former President Donald Trump’s resounding loss in the 2020 election cycle.

In a state that President Joe Biden won by ten percentage points one year ago, the incumbent Democratic Gov. Terry McAuliffe not only lost to Republican Glenn Youngkin, but the race proved close to a landslide.

Youngkin and other Virginia politicians mostly kept Trump away from campaign events, even refusing to appear with the former president. Likewise, while Trump endorsed Youngkin, he rarely mentioned the former president even if he embraced many of his policies that have led to other GOP governors crafting or pushing repressive voting and human rights laws.

On the other hand, McAuliffe did bring in former President Barack Obama and attempted to use Trump’s endorsement of his opponent as a reason for voters to go against the Republican.

“All of these attempts to pinpoint the answer ignore the myriad ways that demographics, turnout, geography, candidate appeals, and policy mix together,” opinion columnist Hayes Brown wrote for MSNBC.

“Republicans don’t need to let up, they need to double down,” South Carolina Politician Graham Allen wrote on Twitter. “Don’t mess with our kids,” he demanded.

Sirius XM radio personality Tim Young agreed. “The lesson of this election [is] don’t [mess] with people’s kids,” Young exclaimed. Youngkin spotlighted education during his campaign after McAuliffe weighed in with his thought that parents should not tell educators what to teach children. Conservatives seized upon that, claiming that McAuliffe pushed critical race theory.

In New Jersey, Incumbent Democratic Gov. Phil Murphy awakened Wednesday morning in a virtual tie with upstart Republican Jack Ciattarelli. With about 98 percent of the votes in, Murphy held less than a percentage point lead. Perhaps reading the tea leaves from around the nation, Murphy sounded a conciliatory tone.

“We’re sorry tonight couldn’t yet be the celebration we wanted it to be,” Murphy told his supporters who, like many across the nation, expected the Democrat to have an easy win.
Summoning his inner Trump, Youngkin declared that Virginia would become “great again.”

“This is the spirit of Virginia coming together like never before,” declared Youngkin, the retired former CEO of the DC-based Carlyle Group.

Political watchers said the GOP’s landmark retaking of Virginia resulted from a massive conservative turnout, the failure of Democrats in Washington to keep campaign promises of old, and the dog-whistle of critical race theory creating an anti-white bias in the school curriculum.

“Democrats had one year, beginning with the 2020 election, and plateauing with the January 2021 Georgia runoff and the insurrection, to get their [stuff] together, and they failed,” Amie Townsend, a Maryland poll watcher, declared.

“President Biden, Sen. Joe Manchin, Sen. Kyrsten Sinema, and so many top-level Democrats failed their voters, failed America. We can’t live on promises. Even though so many Republicans represent the worst of this country, the worst in politics, they deliver on their evils. Bottom line: people want results.”