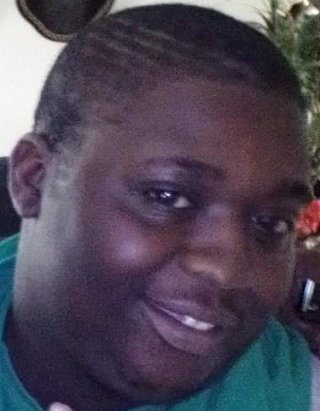 De’Veon Marquis Gammage was born April 21, 2001, in Los Angeles, California, to Tomeka Brown and Jamahl Gammage. De’Veon was the second child of five and got the nickname “Da Da”, along with the nickname “Bub”, from his Papa Elsworth Freeman, the man he always looked up to.

He attended Naranca Elementary in El Cajon, California. De’Veon won his teachers over with how bright and polite he was and being such a big helper. In 2010, we moved to the Oak Park area where he attended Oak Park Elementary. Sixth grade De’Veon attended Horace Mann middle school. In middle school De’Veon started playing youth football for the Balboa Raiders. De’Veon played youth football with the Balboa Raiders until he reached high school, when he began attending Patrick Henry High School and joined their football team.

De’Veon really made his presence known and gained a lot of friends who loved and adored him. Playing football, De’Veon was called “Coco Thunder” and was a beast on the field. When De’Veon was off the field, his passion was writing stories. He always kept a pen and notebook with him and his creative mind going. De’Veon was very smart, had an awesome imagination and personality and was very well spoken with a great head on his shoulder and loved his family and friends dearly.

De’Veon was loved by many and he always kept his head held high, no matter what. De’Veon always had a smile on his face, and was always a caring and loving person with a beautiful soul. De’Veon was a playful, funny, silly person, and brought a party everywhere he went. De’Veon will be truly missed by everyone that got the pleasure to know him.