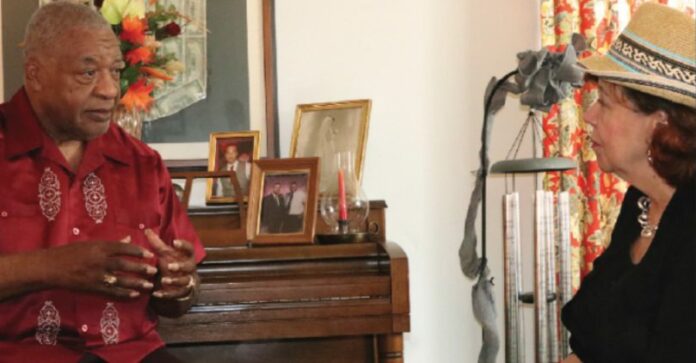 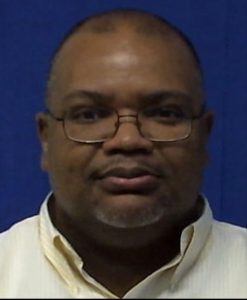 “Did you get two or three sermons today?” Mrs. Maxine Cox asked me at the front door as I was preparing to leave. I had just completed a 90-minute one-on-one interview with her husband of 53 and a half years and was meeting her for the first time.

“At least three,” I responded. We all laughed. She knew her husband well.

Above all else, Rev. Dr. E. Ray Cox is God’s man; a man who has been preaching God’s Word for more than half a century; a man who at age eight would awaken and walk the floor of his home at night, preaching, until his mother gently directed him back to his bed.

Of all the many sermons this Pastor has preached in those years, on June 8 he preached perhaps his most demanding—the eulogy of his 50-year-old son, Ryan Keith Cox, killed by a colleague gone mad in a rampage on May 31 at the Virginia Beach Municipal Center where they both worked.

Ryan Keith Cox, along with 10 other innocent persons, went to work that fateful Friday morning and never came home. An 11th person who was at the Center’s Building 2 workplace had come near the close of the work week to secure a permit. For a little more than 30 minutes, the facility was under the madness of gunfire. Twelve were killed by the assailant. The assailant was killed by police. It was the nation’s deadliest mass shooting for 2019 and the 10th mass shooting in the first five months of this year.

The carnage could have been higher. Four other persons were seriously injured and have since begun the road to full recovery.

Several of those who were not physically injured give credit to the heroic actions of their colleague Ryan Keith Cox, who secured a place of safety from the carnage for them, before returning to the war zone to save others. He didn’t make it back.

“I don’t know if you can put this in terms of what you would normally expect, but I’ve had no grief,” said Pastor Cox about delivering his son’s eulogy.

Cox said he considered calling upon a long-time minister friend to “shoulder this responsibility with me,” but he changed his mind.

“I am a pastor of 56 years. People grieve based on (the deceased person’s) relationship with God,” he explained. “How close and rich that relationship was with (God) is how they view (death) as a loss (or a gain).”

Cox said he knew Keith, as he was called, had transitioned into his reward of eternal rest because of the earthly relationship with God he had maintained.

“You will deliver your son’s eulogy,” Pastor Cox said God told him. “You will tell them ‘to God be the Glory’.”

That decision came as Pastor Cox came to grips with his own humanity in understanding the tragic loss of his son of 50 years. He talked about the private viewing of his son’s organless body split open from the neck down to his stomach as a result of the autopsy; the dried blood puddle at the base of his back; and the bullet hole in his neck which preceded his death. He wanted to see the condition of his son before he would allow the mortician to clean Keith and prepare him for public viewing.

After contacting the FBI, Pastor Cox said he learned that four bullets had entered the body of Keith Cox on May 31. Apparently, the final one which entered in the back of the neck had ripped open the throat and was the fatal one.

The first bullet pierced both hands in the same spot, leaving holes that matched hand to hand. Two more entered both sides of the upper back before the fatal bullet was shot that brought death within 10-15 seconds.

Viewing his son’s empty body became another test of the Pastor’s Christian faith.

“I felt anger rising up in me,” Cox said. “Anger like I’ve never felt. But all of a sudden, I heard the voice of God telling me, ‘I have given you the privilege to be angry, but you don’t have permission to sin’.”

He explained the Bible instructs people of God that to feel anger is not a sin, but hoarding anger and hatred are not only sins but are self-defeating.

“I listen to God,” Cox said. “I walk, I talk with God. I live the gospel…I teach and enrich others.

Pastor Cox said he was asked, ‘Can you forgive the man who killed your son’?

“…I’ve already done it,” he responded. “This man didn’t kill my son. He was an actor under the influence of the prince of the air — Satan himself.

“That evil in this man is what motivated him. Something in his life prompted him. He was under the influence of the spirit of evil that was probably motivated by the pain in his life.”

What Cox doesn’t understand, he said, is the common thread that typifies all mass shooters: “Why do they feel they can exercise (their) anger, frustration on people who have nothing to do with (their) pain?”

Nevertheless, he hopes that before the gunman died, he got “the record straight with himself and his God.”

Cox said he and his wife want to get with the gunman’s family, but their identity has not been disclosed.

“We know nothing about them. But I know they must be suffering. His parents must be totally whacked out. Nobody wants this.”

Throughout the interview, Pastor Cox stayed close to his Christian witness. He said that is what has brought him peace despite the horrific event that snuffed out the life of his youngest son and others, including the gunman.

“If you want to know peace, go find the Prince,” he explained.

“I’m at peace—no grief—because years ago I met the Prince of Peace.”

He continued, “Peace is not to be found; peace is to be experienced. Peace is not lost; it is not hid away.”

Cox said he gains strength in knowing Keith Cox left the world in a better place than it was.

“I raised him and his older brother that way,” the Father-Pastor said.

I asked Pastor Cox, what can the church do to address the way of the world that is producing such broken people who commit mass crimes?

“This is not an ecclesiastical matter,” he said. “This is a legalistic matter.”

“However,” he continued, “If this problem is to be solved, or at least have a real dent, it will have to be by law.”

Pastor Cox said though people who would do evil are not afraid of violating laws, and continue to misbehave despite laws in place, still, we live in a nation of laws.

He believes strongly, he said, in gun control laws. “We have everything we need. It’s our representatives who won’t act.”

He prophesied, “This will not be the last time.”

“There is a depth of sorrow when the reproduction of yourself is shot down. Everything in your heart has been taken out.

“And yet, (do) you know how serious and important forgiveness is?” Pastor Cox asked me.

“Jesus said, ‘except you forgive, I will not forgive you’.”

He continued, “To live as Christ is to say, ‘it is well with my soul’.”