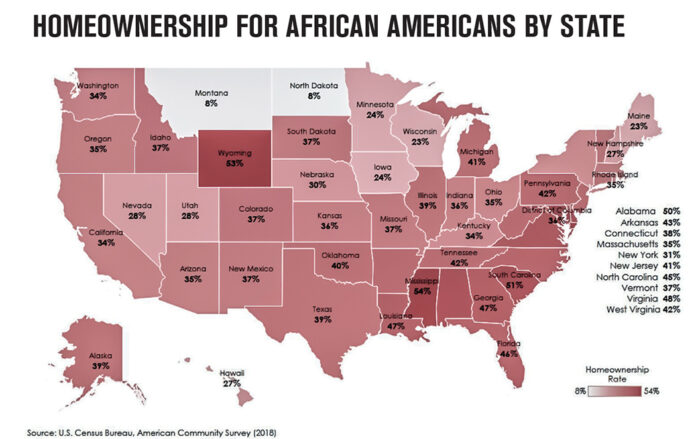 Public pressure to restore a key HUD rule has united civil rights, public and private sector stakeholders in a swelling and nearly daily drumbeat of concern calling for fair housing to be supported and HUD’s replacement rule be rescinded.

On July 23 the rule known as Affirmatively Furthering Fair Housing (AFFH) HUD Secretary Ben Carson termed the rule as “a ruse for social engineering under the guise of desegregation”.

“The worst thing we can do in a major health pandemic is increase housing instability, homelessness, and overcrowding — which is what will happen if the Affirmatively Furthering Fair Housing provision is significantly weakened,” noted Lisa Rice, President and CEO of the National Fair Housing Alliance. “Taking away strong fair housing tools makes all of our communities less safe and increases housing instability. We have learned that lesson and we should not repeat that mistake. We will not allow Trump to take away tools to fight discrimination or make our neighborhoods less safe.”

Initially promulgated under the Obama Administration AFFH required local jurisdictions receiving HUD funds to take meaningful actions to halt decades of discriminatory policies and practices that perpetuated racially segregated communities. Under the Trump Administration the rule was suspended and then replaced by a new one termed, Preserving Community and Neighborhood Choice. Under the new rule HUD grantees are no longer required to actively pursue local plans to eliminate segregated housing.

Across the nation, civil rights and housing advocates agree that historical segregation is largely responsible for the nagging inequity that Black America still confronts today.

Additionally, it is also particularly noteworthy that HUD finalized its new rule without providing an opportunity for public comment – a serious departure from the regular federal rulemaking process.

For the nation’s estimated 70 largest and oldest public housing authorities that together serve more than one million low-income households who live in federally-assisted housing, the rule is an affront to fair housing advocates across the country.

In an August 3 letter to HUD’s Carson, The Council of Large Public Housing Authorities (“CLPHA”) and Reno & Cavanaugh, PLLC wrote in part, “[R]ather than enforce an act of Congress, which they are obligated to do, HUD and the Administration endeavor to demonstrate Congressional support for the New AFFH Rule simply by relying on statements by individual members of Congress that “every community should be free to zone its neighborhoods and compete for new residents according to its distinct values.”

“The Fair Housing Act makes housing discrimination on the basis of race, color, national origin, religion, sex, familial status and disability illegal,” wrote the lawmakers. “The law includes a requirement that recipients of federal housing funding and the agencies of the federal government must “affirmatively further fair housing,” meaning that they must administer funds and programs in ways that actively undo and do not perpetuate patterns of historic residential segregation and systemic disinvestment…This senseless and misguided decision to roll back that important progress comes as the President peddles racist rhetoric that is reminiscent of the fear-mongering tactics of those who supported racial segregation prior to the Fair Housing Act.”

The House Members also announced in their statement, that legislation to reinstate the AFFH rule would be introduced.