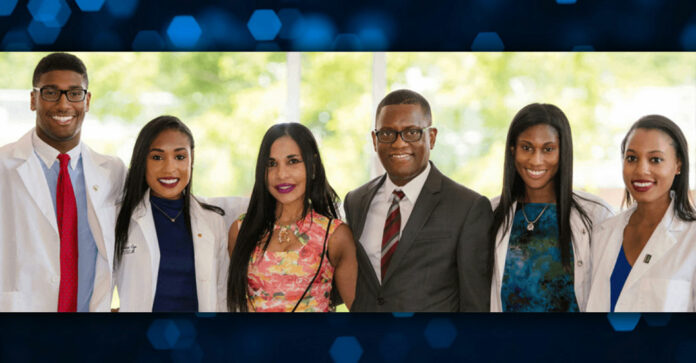 Perhaps, most impressive is that each of Dr. Oye’s four children followed in their father’s footsteps. David, Monique, Michelle, and Melissa Oye, each said they were inspired by their father and all have become doctors.

Dr. Herbert Oye is a Board Certified Endovascular and Vascular Surgeon, specializing in invasive and non-invasive treatment of vascular diseases.

Dr. Oye received his medical degree at the University of North Texas Health Science Center, according to his official biography.

Dr. Oye completed his fellowship training in advanced vascular and endovascular surgery at the Arizona Heart Institute in Phoenix, Arizona.

Perhaps, most impressive is that each of Dr. Oye’s four children followed in their father’s footsteps.

David, Monique, Michelle, and Melissa Oye, each said they were inspired by their father and all have become doctors.

“Our dad, Dr. Herbert Oye, is a Nigerian immigrant. Upon moving to the United States, he attended medical school and has worked tirelessly to build his own Vascular Surgery practice,” the young physicians wrote in a statement on Facebook.

“Dad has since opened a hospital back in Nigeria and splits his time between the United States and Nigeria. We are all currently in the medical field as a second, third, and fourth year medical student and a first year Internal Medicine Resident.”

Each are attending or have attended the West Virginia School of Medicine. Monique, the eldest of the family, graduated in 2018. Michelle is in her fourth year, while Melissa is in her third year.

David, the only son of Dr. Oye, is in his second year.

Their success has social media buzzing.

Another Facebook user, Patricia Combs, wrote: “Well done. Congratulations for excellence in your drive, motivation, and ability to accomplish such great and momentous feat. You all are wonderful and blessed,” Combs stated.

A Bubble of Knowledge: COVID-19 Task Force and Officials Learn Lesson from the NBA