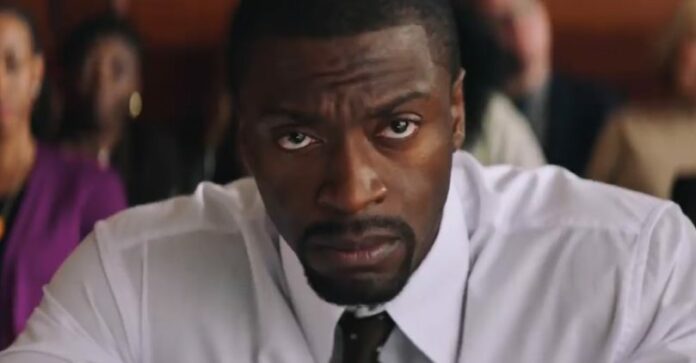 Brian Banks’ story is a cautionary tale in an era when a false accusation can ruin a career. It shows that harm that can be done when well-intentioned advocates believe an accuser before hearing all the facts. Also, Banks’ predicament clearly indicates why parents should be in the room when their offspring are negotiating plea deals with public defenders. For a multitude of reasons, Banks’ experience should be shared.

In this #MeToo age, a biofilm about a wrongfully convicted high school football player, who was accused, tried and imprisoned for rape, is timely. 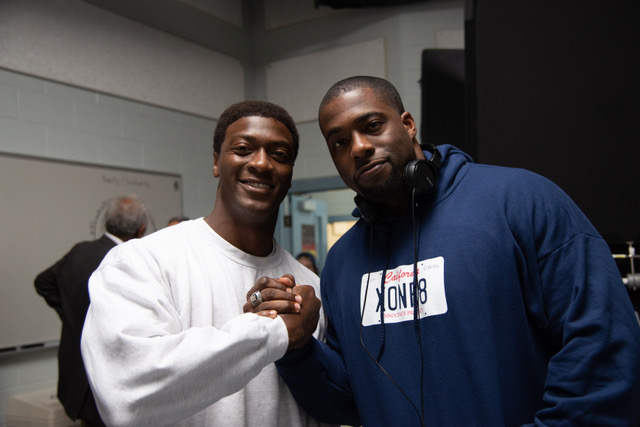 The real Brian Banks, the subject of this movie, lived through an ordeal that was tragic, inspiring and often profound, something is lost in this one-dimensional retelling of his life experiences. Something turns his extraordinary story of resilience into a decent but ordinary made-for-TV-like movie.

In 2002, Brian Banks (Aldis Hodge, Straight Outta Compton, Hidden Figures) is a junior at Polytechnic High School in Long Beach, California and a linebacker football player. He has verbally committed to attending USC based on his football prowess. The future looks bright for him and his single mom Leomia (Sherri Shepherd). One day at school, Banks runs into coed Kinnesha Rice (Xosha Roquemore), and they decide to hook up in a secluded school building where kids go to make out and get down. 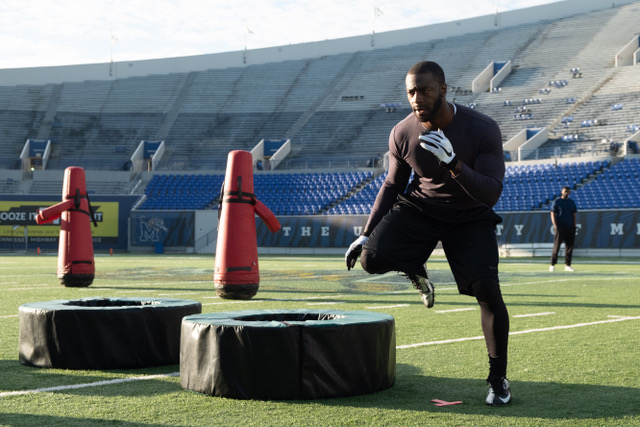 While in their secret place, Brian has a change of heart, leaves Kinnesha behind and she is forced to explain to a security guard why she is in a notorious spot. Flustered, the student fabricates a story about being raped. Her lie leads to Banks’ arrest, a too-hasty plea deal, trial, imprisonment, a tough parole and a sex offender label that haunts him.

Banks can’t live, work or be near places that children gather—including schools, parks and malls. He’s lost any academic or professional football opportunities. Unless his conviction is overturned, his future is bleak and he’s hit a wall. 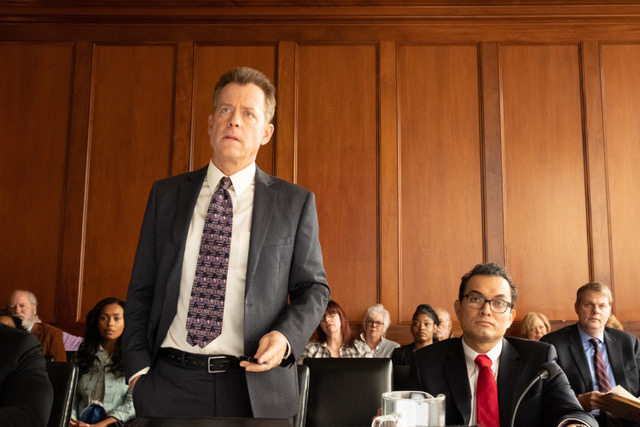 That’s a galvanizing setup. Sympathetic protagonist, wrongly accused, innocent and determined yet filled with self-doubt. He’s the David. A California judicial system that rarely—if ever—overturns cases against convicts is the Goliath. Audiences like to watch a “good fight” against injustice. Bring it on.

Screenwriter Doug Atchison (Akeelah and the Bee) fit all the characters and pieces of Banks jumbled life into an easy-to-decipher script. Maybe too easy. Son, mom, accuser, mentors. The California Innocence Project (CIP) is also in the mix. It’s a non-profit that helps wrongfully convicted prisoners and is headed by Justin Brooks (Greg Kinnear). Other supporting characters (new girlfriend, skeptical prosecutor, accuser’s stubborn mom) augment the cast. But the focus is on Banks—his sorrow, integrity, courageousness and perseverance.

Given a story that sells itself, and a quest that provides innate momentum, you’d think filmmaker Tom Shadyac (The Nutty Professor) would have an easy time directing a film that’s powered by its own natural thrust. Yet, his plodding direction slows things down. The footage (Ricardo Diaz, cinematographer) is bland, lacks style and eye-catching composition.

Shadyac fails to get the cast’s emotions to rise to a level of desperation that piques attention. Everything seems average. Smart, intuitive directors (e.g. Sidney Lumet “Q & A,”) find ways to lift urban dramas off the page and turn them into compelling films that are more than the sum of their parts. Not the case here. 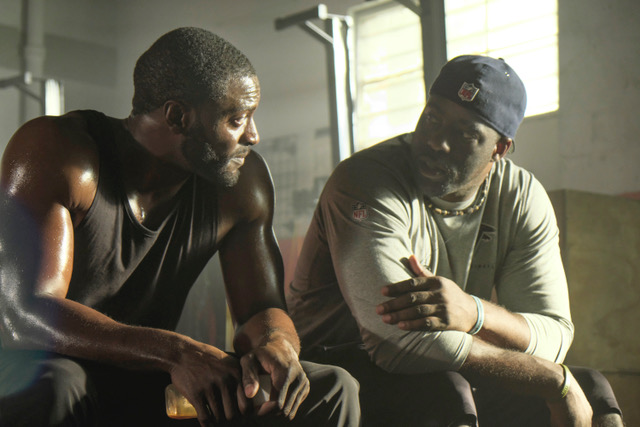 Can’t blame the editing (Greg Hayden, Zoolander), art direction (Starlet Jacobs), production design (Teresa Mastropierro) or costumes (Amanda Ford) for the general malaise. The tech credits are just decent enough to make this film semi-engaging for 99 minutes. The ensemble cast is proficient, but none stand out, except the lead.

Big question: “Why is Aldis Hodge in a so-so movie like this?” His deft interpretation of the character, the raw emotion he displays and the solid screen persona he creates crown his performance. He saves the film. At this point in his career, Hodges should be starring in far bigger projects than this. He should be one of the Avengers, vying for parts Denzel Washington has aged out of and up for roles that lead to Oscars. He’s that good.

Brian Banks’ story is a cautionary tale in an era when a false accusation can ruin a career. It shows that harm that can be done when well-intentioned advocates believe an accuser before hearing all the facts. Also, Banks’ predicament clearly indicates why parents should be in the room when their offspring are negotiating plea deals with public defenders. For a multitude of reasons, Banks’ experience should be shared.

The Brian Banks film, within the confines of its made-for-TV-movie-of-the-week approach, is not as three-dimensional as Banks real-life story. It lacks the artistry of an indie film, the dramatic chops of a cable film (HBO) and the repeat-viewing power necessary for a streaming movie (Netflix).