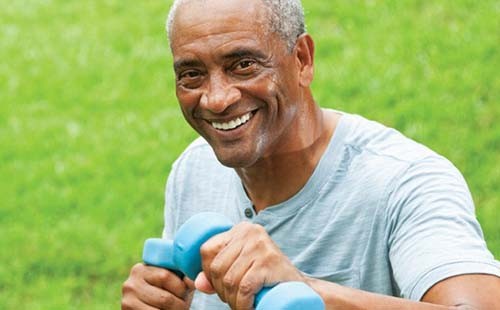 (BlackNews.com) — More than 5 million Americans are currently suffering from Alzheimer’s disease and scientists expect this number to triple by 2050. Experts say that African Americans are two to three times more likely than white Americans to develop the disease. A groundbreaking study testing whether an investigational drug can slow the development of Alzheimer’s seeks volunteers – including African Americans – who have just the earliest changes in their brain associated with the disease but don’t yet have any symptoms.

The A4 Study (which stands for the Anti-Amyloid in Asymptomatic Alzheimer’s study), funded by the National Institute on Aging, Eli Lilly, and several philanthropic organizations, seeks to delay Alzheimer’s-related memory loss before any outward signs of Alzheimer’s disease develop. Healthy people with normal memories can join a clinical trial aiming to prevent memory loss associated with the disease.

“It is extremely important that African Americans get involved with this study,” said Reisa Sperling, MD, principal investigator of the A4 Study and a physician and faculty member at Harvard. “We need to know why African Americans develop Alzheimer’s in such high numbers, and the A4 Study offers new hope that we can give people a way to fight back.”

This landmark study takes a new approach to Alzheimer’s research by testing for an elevated level of a protein known as “amyloid” in the brain. Scientists believe that elevated amyloid in the brain may play an important role in the eventual development of the memory loss associated with Alzheimer’s.

The primary goal of the A4 Study is to test whether an investigational drug that targets amyloid plaques can help to slow the progression of the memory loss. Another major emphasis of the study is to help determine why certain populations, including African Americans, are more likely to develop this disease.

“For too long, medicines have been developed without substantial research on how they work specifically in African Americans,” said Dr. Sperling. “Medications that are used by the entire community must be developed and tested on the entire community and that’s why it is critical to volunteer for this study.”

The A4 Study requires 1,000 healthy participants between the ages of 65 and 85 who have normal thinking and memory function to enroll in sites across the United States. Researchers estimate that 10,000 people will need to be screened to find 1,000 individuals who qualify.

“I am convinced that we will find a way to end Alzheimer’s disease before our children and grandchildren ever have to face it,” Dr. Sperling said. “But we need everyone to join in this fight.”

Potential study volunteers can learn more about the study including how to enroll by visiting the A4 Study website at www.A4Study.org, contacting 844-A-4-Study (844-247-8839) or by emailing BrainLink@ucsd.edu.