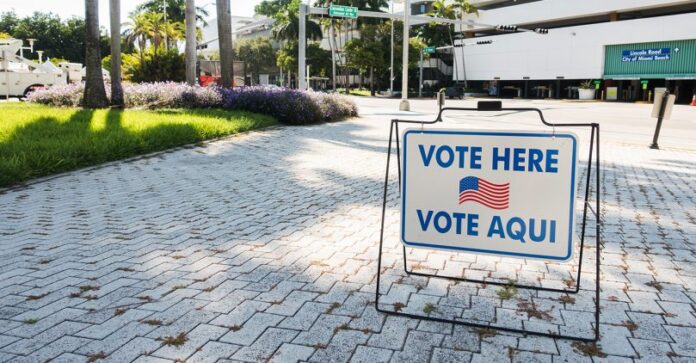 Consistent with efforts by Republicans around the U.S. after President Biden’s seven million vote victory over Donald Trump, Republicans in Florida have passed legislation to restrict the ease of voting.

The legislation passed largely along party lines with only one Florida Republican voting against.

The new laws will add ID requirements for absentee ballots, limit the use of voting drop boxes, require voters to request absentee ballots for each specific election, restrict who can collect drop off ballots and give power to partisans observing elections. It also puts restrictions on outside groups influencing elections.

Even though in 2016 and 2018 elections more Republicans voted by mail, Florida Republicans controlling the legislature have now added restrictions. A third of Florida’s voters cast ballots through the mail in the last two election cycles.

Voting restrictions initiated by Republicans were detailed after a meeting in late January by members of the Heritage Action, a conservative think tank. What was then outlined is now slowly becoming law as Republicans continue to lose on the national level.

Trump lost to former Vice President Biden by 7 million votes. In 2016, against Hillary Clinton, Trump lost by 3 million votes but won the electoral college. Republicans have won the popular vote only once since 2000.

What To Do During An Active Shooting