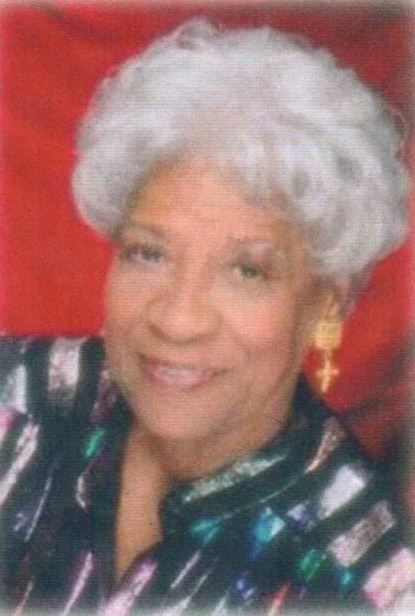 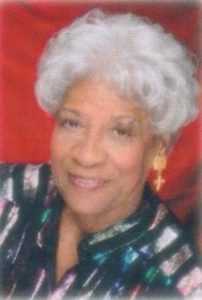 Geraldine Walters was born on March 10, 1926, the first of three children to Rev. Henry and Mrs. Alice Cooper in Beaumont, Texas. She accepted Christ at the tender age of 12. Even at this age, there was an obvious special anointing on her life that she would later realize as she grew in the grace and knowledge of her Lord Jesus.
While living in Beaumont, TX, she met and married Lonnie Davenport. To this union, 1 daughter was born, Alice Faye. Geraldine later met and married, in 1950, the love of her life Carlton Walters(now resting with the Lord). Together they moved to San Diego, CA where she joined Mt. Erie Baptist Church and ministered as Choir Director. To this union, 3 sons were born, Michael, Carton Stephen, and Gerald Douglas(resting with the Lord).
Geraldine and Carlton committed themselves as a prayer team, ministering to the members of the 47th Street Church of God. It was at this church that they witnessed the miraculous power of God’s healing of various conditions including blindness, epilepsy, as well as withing her own family.
Mother Walters was licensed in 1963 as an evangelist at Helps Outreach Ministry in Shreveport, LA and traveled as part of their evangelistic team until 1993. During the early 70’s, the Walters family made St. Stephens COGIC their church home. After 5 years of dedicated service to the Lord, Bishop George McKinney presented her a Commendation to Serve and Assist in establishing the Cosmopolitan Church of Deliverance.
In 1995, Mother Walters and Apostle Josephine Smith established “Shekinah Deliverance Ministries”, under the leadership of the Apostle Bishop Edwin C. Peete. Mother Walters work in the ministry, afforded her opportunities to travel to many places to help establish and encourage churches. She still served as the official International Mother of Missions until her passing.
Our Most High God not only used Mother Walter’s abilities and anointing in ministry but he also allowed her, while doing ministry to prosper as a multi-faceted businesswoman and entrepreneur.
She leaves to celebrate her life, adult Children:Alice(Dave)Gilbert of San Diego, CA. Michael(Shara)Walters of Northridge, CA. Carlton Stephen Waltersof San Diego, CA. Her grandchildren Daja Walters, Kristopher Gilbert, Amber(Montele) Graves, Nakia Walters, Kayla Walters; Great-grandchildren Jasmine Gilbert, Thai, Terra and Treson Walters, Amani & ZIon Graves and a host of nieces, nephews and other embraced- family and friends to include: Deborah(Jerry) Meghart, Tia & Billie Banks, Gail Moore, Peggie Dozier, Carol Howard, Mary Green and all whom she touched in prayer.