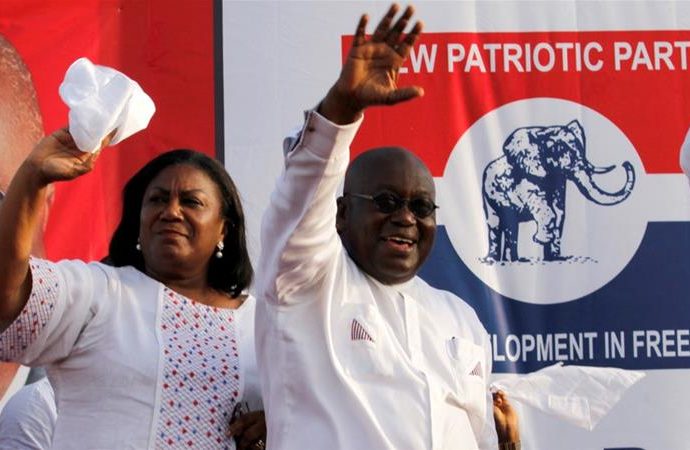 Ghanaian opposition candidate Nana Akufo-Addo has said he was “quietly confident” he won his country’s election. The electoral commission has yet to release most results from Wednesday’s vote.

The candidate for the New Patriotic Party (NPP), Nana Akufo-Addo, spoke of an impending victory on Thursday in the tense Ghanaian presidential election.

“We the NPP are quietly confident that we have won a famous and historic victory,” Akufo-Addo told a cheering crowd of supporters.

He urged them to be patient while the votes are counted after the election on Wednesday. The electoral agency said they received preliminary results from 90 out of 275 constituencies, but have only formally published the results from 25 constituencies.

Akufo-Addo ran against incumbent John Mahama of the National Democratic Congress (NDC) in a tense election in what is considered one of Africa’s most secure democracies. The two candidates faced off in the 2012 election, with Mahama winning 50.7 percent of the vote which was unsuccessfully contested in Ghana’s Supreme Court by Akufo-Addo. Five other candidates are vying for the presidency, including former first lady Nana Konadu Agyeman-Rawlings. If there is no majority victor, a run-off vote will be held later in December. Internal counts by both the NPP and NDC claim a victory for their side.

Akufo-Addo said the NPP also gained 49 seats and would control the legislature. A senior official in the NDC said it may have lost its majority in parliament.

Mahama ran for his second and final term in office. He urged voters to “stay the course,” promising more infrastructure projects. The Ghanaian economy has slowed since Mahama took office in 2013, in part due to a slump in global prices for gold, cocoa and oil exports.