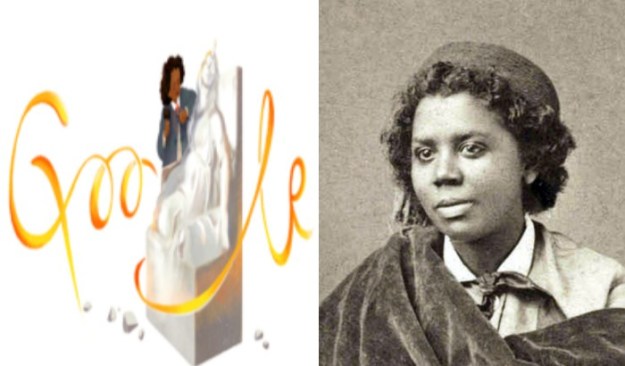 It’s February, which means the start of Black History Month. And Google is marking the occasion with new Google doodles every day.

The first doodle celebrates a little-known sculptor named Edmonia Lewis, the first woman of African-American and Native American heritage to become a globally renowned fine arts sculptor, according to Google.

“Today, we celebrate her and what she stands for — self-expression through art, even in the face of adversity,” Google wrote.

Lewis enrolled in Oberlin College at age 15 in 1859 but could not complete her degree because of discrimination, even though Oberlin was one of the few colleges at the time to admit women and people of color. Instead, she apprenticed to a Boston sculptor named Edward A. Brackett, a man who was known to work with abolitionists at a time when slavery was still legal, in the mid 1800’s and found her artistic legs.

Later in life, Lewis was based out of Rome, sculpting with marble in the Neoclassical style until her death in 1907.

The Google doodle depicts Lewis in the process of sculpting one of her most famous pieces, The Death of Cleopatra, which has been called “the most remarkable piece of sculpture in the American section” of the Smithsonian American Art Museum. Additionally, the colors and style pay homage to her Native American name, “Wildfire.”