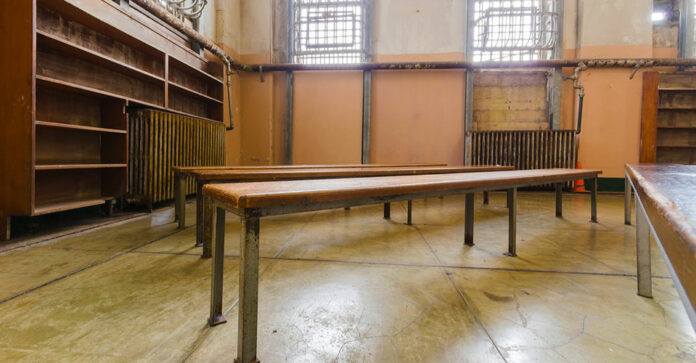 According to published reports, three out of every four inmates in Illinois prisons are African American, causing some to conclude that banning the books was a means for prison officials to deprive blacks of learning their history.

In the 1800s, many states in the Union adopted laws that prohibited teaching African American slaves how to read and write.

Thirty lashes or even death would be the punishment for blacks who learned to read or write. Whites who taught blacks would incur fines or even a short jail sentence.

Perhaps, someone forgot to tell Illinois prison officials that it’s 2020, not 1820.

Officials at the Danville Correctional Center removed about 200 books from a prison library and banned their use in an inmate education program because they said the books were “too racial.”

According to published reports, three out of every four inmates in Illinois prisons are African American, causing some to conclude that banning the books was a means for prison officials to deprive blacks of learning their history.

The books are part of an education program initiated by the Education Justice Project (EJP) and run by the University of Illinois.

The Chicago Tribune, which first reported the dispute, noted that the flap between the program and prison officials started last year when the Education Justice Project began the review process for the upcoming semester’s books and course materials.

That’s when a corrections lieutenant told program officials that the problem with the materials was that they were “racial,” according to testimony by EJP Director Rebecca Ginsburg.

The EJP library is separate from the prison library, and it follows a different review process than the process that governs how reading materials are distributed to inmates through the prison’s mailroom. But Ginsburg told lawmakers [at a July hearing] the review policy has gone through seven revisions over the past four years.

“In this case, records show EJP submitted 25 books for approval. Of those, four were denied outright, nine were allowed in for review but then denied, and 12 were approved,” The Tribune reported.

“Among the books not allowed in for review was “The Color of Law: A Forgotten History of How Our Government Segregated America.” Books denied after review for the spring semester deal primarily with race and social issues, including “Uncle Tom’s Cabin” by Harriet Beecher Stowe and “Incidents in the Life of a Slave Girl” by Harriet Jacobs, both written in the 1800s,” according to the newspaper.

“Censorship in prisons is the biggest First Amendment violation in America. Yet, it remains one of the least talked about and least examined,” Kelly Jensen, a former librarian, wrote in a blog for Book Riot.

The criminal justice system is no longer primarily concerned with the prevention and punishment of crime, but rather with the management and control of the dispossessed, D. Gilson, a writer for ExpertInsuranceReviews.com, told NNPA Newswire.

“Education empowers individuals to rise above their dispossession,” stated Gilson, who has taught writing and popular culture studies at the university level for more than a decade.

“Thus, it is no surprise the state of Illinois had banned black history books — books that explain the injustices that have been brutally forced on black and brown bodies since the first African slaves were brought to the Americas,” Gilson stated.

“By disallowing black inmates to learn about their specific history, the state reinforces the incarceration cycle instead of empowering folks to thrive outside the system as free members of society.”

“It has forbidden people to learn about their history. As a black man, it’s really bizarre to hear this,” Screven stated.

“Throughout school, we are constantly talking about white folks and how they’ve influenced society. They rarely ever talk about black people doing amazing things in the world. We’re only ever taught about slavery, but there’s so much more to our history than slavery,” he stated.

“I don’t think it’s humane to stop someone from learning about their culture. Being aware of our past helps open doors for the future. If those inmates learn more about our history, maybe they will have a change of heart. If we are not able to learn about our history, we increase the risk of being forgotten. Knowledge is power, and the more we know, the better off we will be.”

Bruce Mirken, a spokesman for The Greenlining Institute, said removing the books does reflect racism.

“All of American history has ‘racial content,’ from the Constitution’s accommodation of slavery to the ethnic cleansing of Native Americans to Japanese internment during World War II,” Mirken stated in an email to NNPA Newswire.

“To ignore black perspectives doesn’t eliminate racial content, it just ensures that only white points of view get included.”

A Bubble of Knowledge: COVID-19 Task Force and Officials Learn Lesson from the NBA