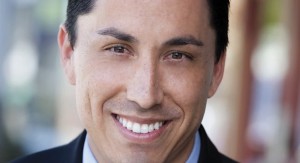 SAN DIEGO, CA (August 30, 2013) – Hours before his resignation became official, Mayor Bob Filner issued a Stop Use Order to Jack in the Box for its construction project in North Park. The order was rescinded by Interim Mayor Gloria.

“Bob Filner’s last act was symbolic of his entire tenure as Mayor: it was contradictory and exposed the City of San Diego to liability,” said Interim Mayor Todd Gloria. “While Filner was Mayor, his staff approved the permit for the renovations on Jack in the Box in North Park. Before leaving office for the final time today, Filner issued a Stop Use Order to Jack in the Box for the same project that he had approved.”

“I agree the Land Development Code must be changed so that the scenario experienced in North Park cannot be repeated,” said Interim Mayor Gloria. “Unfortunately, Mayor Filner didn’t see it fit to change the rules while he was in office, but I’ll clean that mess up, too.”

When the original proposal for the renovations at Jack in the Box, which sought deviations from the Greater North Park Community Plan, was presented, the North Park Planning Committee rightly opposed the project, then-Council President Gloria informed company representatives at that time that he would not support their proposal unless they satisfied the community’s concerns. The City’s Planning Commission also recommended that the project be denied.

Instead of heeding the suggestions of the community and the Planning Commission, Jack in the Box chose to resubmit the project through the City’s Development Services Department as a “remodel” under Section 12.7.1 of the Land Development Code, even though the project, to all appearances, was a complete rebuild. This allowed the project to be permitted without any review or approval by the City Council.

Council President Gloria requested City staff change the law to prevent this from happening again in North Park or in any other community. City staff will solicit input from the Community Planners Committee and other stakeholders and report back to the City Council’s Land Use and Housing Committee this fall with suggested changes.

“As I take on the role of Interim Mayor, I assure North Park neighbors and all San Diegans that my City Council colleagues will address this loophole. Until then, I expect everyone to play by the rules as they are written today,” said Interim Mayor Gloria.