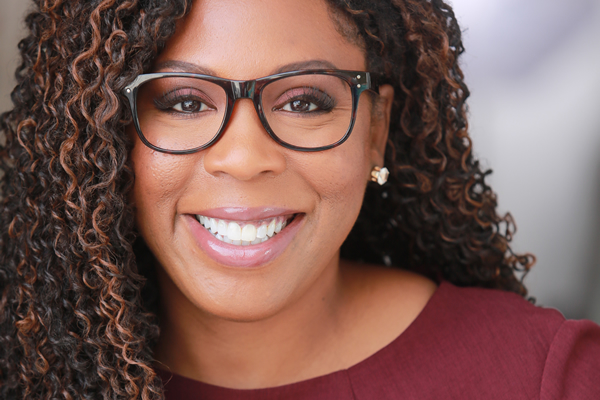 Reporters are expected to remain neutral as they uncover the facts of a story even when their biases or details they discover pull them in particular directions.

Jasmyne Cannick, who is an activist, journalist, and political strategist in Los Angeles, says getting the criminal justice system to investigate the mysterious deaths of two Black men in the home of an influential White Democratic Party donor required a bitter fight and balancing act. She had to rely on her uncompromising sense of right and wrong, her unbending commitment to social justice, particularly for Black people, as well as investigative reporting instincts she has acquired over the years.

In July 2017, Cannick received a tip from then-LA Weekly writer Dennis Romero about a story he was covering. Gemmell Moore, 26, had been found dead from a crystal meth overdose in the West Hollywood home of businessman and political activist Ed Buck, who was 63 at the time.

Moore’s death had been ruled an accidental overdose and the Los Angeles County Sheriff’s Department did not investigate.

“Beyond the journalism, there was going to need to be some serious activism and strategy around getting a homicide investigation going,” said Cannick. “Getting these politicians to return their money, getting the DA to prosecute, all of that was a strategy I developed beyond the journalism to make happen.”

Combing through the details of the case, Cannick says she was aware of how the complex interplay of race, class, sexuality, and politics can influence how authorities approach a case. Moore was a Black, gay man who spent time homeless on the streets of Los Angeles where Buck began to pursue him.

“As journalists, there are those stories that will really get to you. You want to do more about it because you realize that there is a profound wrong being done,” said Cannick.

Cannick, who has over 20 years of experience in journalism, got her start in broadcasting. She says she prides herself on having gained the trust of the community she serves.

“I built a name around talking about issues that were hard. Whether it was homophobia in the Black community, racism or politics, I just wanted to have real, honest conversations without being fake. You have to earn people’s trust. You have to be consistent as well.”

Cannick forged a connection with Moore’s parents and later published pages from a journal describing his relationship with Buck. The entries described how Buck forced him to take drugs. Moore also shared accounts of sexual abuse.

News of the journal prompted other men to step forward and share similar encounters with Buck involving drugs and abuse.

After Moore’s journal was published and news of it generated national media, Los Angeles County launched an official homicide investigation into the case.

“Once I realized that this was a pattern of behavior, he was not going to stop until he was stopped,” Cannick said. “The man was basking in his White privilege. He knew that nobody was going to question him over the word of survival sex workers, homeless men, and meth addicts. That’s also a part of the problem, too. When victims tell you what happened to them, you need to believe them. Believe them like they were some white women.”

Cannick said, for a while, it seemed like Buck’s privilege and connections to powerful people were going to save him. Then came a turning point in the case.

On Jan. 7, 2019, 55-year-old Timothy Dean was found dead in what appeared to be an overdose in Buck’s residence, where Moore was found dead nearly a-year-and-a-half earlier. The public outrage in reaction to Dean’s death reignited Cannick and other advocates in their effort to bring Buck to justice. Despite the pressure from both families of his victims, their supporters and an ongoing investigation of the second death in his home, Buck continued his predatory behavior.

A third drug overdose involving a young Black man, 37-year-old Joe Doe occurred in his home. But Doe survived and was able to report the incident to authorities.

On September 17, 2019, Buck was arrested and charged with operating a drug house and providing methamphetamine to Doe. The following month, Buck was indicted by a federal grand jury on offenses, including the distribution of narcotics and the deaths of Moore and Dean.

After a series of delays due to the COVID-19 pandemic, on July 27, Buck was found guilty on nine charges and is currently awaiting sentencing. He faces 20 years to life in prison.
Cannick says the journey to Buck’s conviction was arduous and emotionally taxing but she never lost faith that justice would be served.

“Over four years a lot happened. My grandmother died, my best friend died, another friend died from COVID and I got dumped. A lot of life things happened to me,” said Cannick. “We’re all doing this work as a passion of love. This isn’t work that pays our bills or anything. We all had stuff to do, but we still kept doing it despite all of the things that were happening in our lives. I’m so happy that I never fell off.”

After taking some time to decompress, Cannick says she plans to write a book about the Buck ordeal. Her goal is to provide her perspective of the proceedings and that of Buck’s victims – shared with more depth and authenticity.

“One of the things that is really important to me is that White people don’t steal this story from us,” Cannick said. “They have a really bad habit of doing those type of things. There are already three films in the works out there. I am determined for that not to happen. Nobody is going to tell my story but me.”