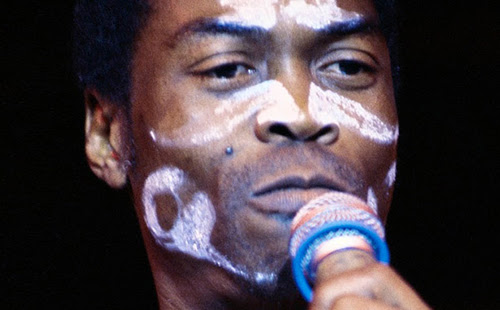 New York, NY (BlackNews.com) — Kino Lorber is proud to announce the acquisition of all North American rights to the documentary Finding Fela, following its celebrated world premiere at this year’s Sundance Film Festival. Directed by Oscar® Winner Alex Gibney (Taxi to the Dark Side, Enron: The Smartest Guys in the Room), the film was produced by Jigsaw Productions, Knitting Factory Entertainment, Okayplayer and Okayafrica.

Finding Fela will begin its national theatrical run on August 1, with an exclusive Manhattan engagement at IFC Center; the film is also scheduled to open in DC on August 8 (at Landmark’s E Street Cinema), as well as in Los Angeles (at Landmark’s Nuart Theatre), Boston (at Landmark’s Kendall Square), San Francisco (at Landmark’s Opera Plaza) and Atlanta (Landmark’s Midtown) on August 15.

Besides these dates, Kino Lorber is also planning to book Finding Fela in other 75 markets where Fela!, The Musical, attracted huge crowds and sold over 1,000,000 tickets nationwide. A digital, VOD and home media release will follow. The film will also screen at the Bonnaroo music festival (www.bonnaroo.com) on Friday, June 13, where Fela’s son, acclaimed musician Seun Kuti, will appear for a special Q&A and perform before the screening. Other national festival dates will be announced in the coming weeks.

Finding Fela tells the story of Fela Kuti’s life (1938 – 1997), his music, and his social and political importance. This in-depth look at the man who created Afrobeat (a fusion of Jazz, traditional West African rhythms, Funk, Highlife, and psychedelic rock) brings audiences close to Mr. Kuti’s fight against the dictatorial Nigerian government of the 1970s and 80s. With his audacious music and a great deal of courage, Fela Kuti helped bring a change towards democracy in Nigeria, promoted Pan Africanist politics to the entire world and became an inspiration in the global fight for the rights of all oppressed people.

Taking audiences through a multi-threaded journey into the power of art to effect political and personal change, Finding Fela also reveals the creative process behind the Broadway musical Fela!, directed and co-conceived by acclaimed choreographer Bill. T. Jones.

As a committed critic of the legacies of European cultural imperialism, Mr. Kuti became a major political force in Nigerian and African politics – even becoming a Presidential candidate (twice) in the 1980s. His socialist political views and truly subversive lifestyle also lead to a criminal, government-sanctioned attack on his commune in 1977, which lead to his arrest and the death of his 82-year-old mother. Mr. Kuti was eventually released, but his mother’s death shaped the rest of his life.

“I’m very proud of Finding Fela and am delighted that the film will have a robust theatrical release in North America, so that audiences can experience the story and the power of this extraordinary performer and fighter for social justice,” said director Alex Gibney. “As Fela has said, in fighting for a better possibility, ‘music is the weapon.’”

“Finding Fela is not only the definitive documentary on music legend Fela Kuti, but also the most in-depth and comprehensive film about how Mr. Kuti influenced music, politics and art worldwide – and how we’re still coming to terms with his larger-than-life legacy,” said Kino Lorber CEO Richard Lorber.

For additional info on Finding Fela or any other Kino Lorber theatrical release, please contact Rodrigo Brandão at Rodrigo@kinolorber.com.

About Kino Lorber:
With a library of 800 titles, Kino Lorber Inc. has been a leader in independent art house distribution for over 30 years, releasing over 25 films per year theatrically under its Kino Lorber, Kino Classics, and Alive Mind Cinema banners, including four Academy Award® nominated films in the last six years. In addition, the company brings over 70 titles each year to the home entertainment market with DVD and Blu-ray releases under its 5 house brands, distributes a growing number of third party labels, and is a direct digital distributor to all major platforms including iTunes, Netflix, HULU, Amazon, Vimeo, and others.